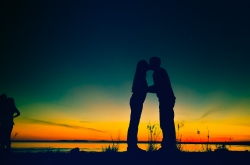 In college, sophomore angst caused me to desperately want to know what truth was. So I asked my professor, he being someone whose role it was to profess the very truth in which I was so interested, about the nature of truth. What he told me was that truth was whatever it was that had the “ring of truth.”

Social and dating websites lend credence to this “ring of truth” idea. We wisely scrutinize online profiles to see if they ring true since many of these are truly little more than diligently crafted “branded sales pitches” posted to promote a social impression. Examples abound, including the popular Facebook or Twitter brands of complainer, injustice collector, reporter, party animal and drama king or queen – so many working so hard, through selective or fabricated posting, to proclaim their marque to a world audience.

For the reader, some of these posts and profiles ring true while others do not. But you challenge the latter at your own peril since confronting the “truth” of these brands often provokes angry retaliation and hostile defense – brands, even those that are personal and social, often protected in highly irrational ways.

But despite the truth of this, I now think that my sage professor was mistaken. This is because I have, over the years, come to value and respect science and now see science as a powerful font of truth whether ringing or not.

Science is truly not about rings. It’s about asking questions and studying things to find answers. In science we collect a body of evidence in an unbiased way and then stand back and weigh it -- objectively exploring the assembled data to see where they take us even if it’s somewhere we don’t want to go. This is the power of the “weight of the evidence.”

Think of this like the “scales of justice.” For example, on one side there may be just a few studies that suggest that smoking doesn’t endanger health. But on the other side, heavily weighing that side down, there are a vast number of studies suggesting the opposite. So, this side wins! And even if you don’t like this side or this conclusion, or the place where the evidence has taken you, it’s the weight of this evidence that makes it true.

There are people who deny the truth gleaned from science. Such “science deniers,” for example, may deny the weighty evidence that shows that we’re changing our planet’s climate in terrible ways, this despite the preponderance of evidence clearly supporting this as truth. But, not liking where the evidence goes, these people just aren’t going to go there.

A scientific study by Yale professor Dan Kahan suggests why. What Dr. Kahan found was that personal beliefs, especially beliefs about yourself and your political or personal identity, can be so powerful that they can blind you from facts, this making it really hard to see objective truth whenever that truth contradicts that in which you believe.

And beliefs? You have many. These include “self-perceptions” which are the beliefs that you have about you and the kind of person you are. Self-perceptions are strong parts of personality consistent with your fundamental sense of identity. They answer the question “I am?” Though kind of like brands, self-perceptions are typically not conscious creations. Examples include (think “I am”) competitive, stupid, loving, conscientious, mistreated, a loser and wonderful.

Your self-perceptions, whether objective truth or not, influence all parts of your life. So if you self-perceive that you’re “wonderful” then you’re probably also going to have a sense that you’re so adorable that even your “biological functions don’t have odors.” And if this is your self-perception then you’re probably going to get very angry were someone to hand you room freshener after you “finish your business.” But angry reaction aside, the truth is that no one pees perfume -- not even you.

What this means is that your self-perceptions – your beliefs about you – are going to create blind spots that will distort your self-observations. That’s why the allegedly “stupid person” says, “Oh, it was an easy test” after getting a really good grade – this data denier unable to see the evidentiary truth of their intellect clearly. It’s also why those who believe “I am always mistreated” repeatedly focus on how this is true and can’t see evidence to the contrary even when such selective perception hurts like hell.

That’s why you can take a totally factual, objectively true, but unhappy relationship observation to your lover and get the kind of total denial, astounding distortion, or retaliatory accusation that makes you wide-eyed in amazement.

It’s like this: If you deign to tell the naked emperor (or a lover, male or female, who believes “I am the emperor”) about having no clothes, it’s really likely that it’s “off with your head” despite the objective truth of your observation.

Though your self-perception can erode your love and marriage by blinding you so you can’t see yourself clearly, it doesn’t have to if you develop what I call an “objective reflective self.” This self is a part of yourself that buys into science, looks objectively at what you do and is able to take you to places you may not want to go. It’s that part of you that can stand back, reflect on your true actions and see you “warts and all.” It’s that part of yourself that, having inhaled after finishing your business, allows you to say “thank you” for the room deodorizer even though it’s really hard to admit that you needed it.

My tip for today, about which I’ve written more extensively elsewhere, is that you develop an objective reflective self that you always call on as you work to craft your role as a good lover or partner. This starts by doing the hard work required to identify and exorcise your relationship defeating self-perceptions. To do this look at how you answer the question “I am?” Then look at how you distort your perception of yourself to defend your “self-brand.” Maybe even ask around. Do others see you as you do? And if you really want to do this well, ask your lover if he or she shares your self-perception – this, of course, being the ultimate courageous eye opener. But, both you and your lover should do this since, if you both do, then this would truly be true love.

[Editor's note: Richard A. Kolotkin, Ph.D., is a professor in psychology at MSUM, licensed psychologist with a practice in Moorhead, and author of "The Insightful Marriage: What You Really Need to Know and Do to Be Happily Married," which is available for Kindle.]