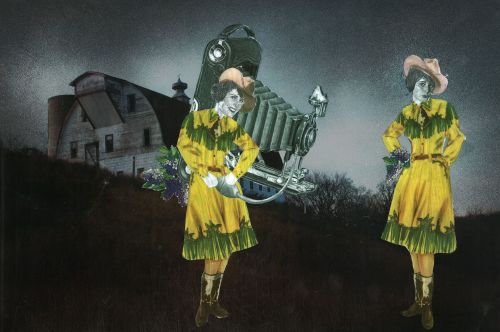 I might be stating the obvious when I say the Internet is a weird dark place. One would think we’d be advancing as a society by having a world of information at our fingertips, but unfortunately, it seems to have quite the opposite effect. Instead, it’s more of a Pandora’s box of BS, where facts are treated as fiction, fools are idolized and we become so engrossed with our screens that we’re giving Narcissus and his pool a run for their money.

Narcissus was the namesake of narcissism. He was a hunter in Greek mythology, known for his devilish good looks, and according to legend, he fell deeply in love with his own reflection while stopping at a pool to drink. This led to his demise because once he realized that the love and adoration he held for his own reflection could not be reciprocated he deteriorated and all that was left was the flower now known as Narcissus.

The term “Snapchat dysmorphia” was coined by Tijion Esho, founder of the Esho clinics in London and Newcastle and it is a very real thing according to various news sources.

Unrealistic expectations of selfie culture are known to trigger Body dysmorphic disorder. According to an August 7, 2018 article on medicalnewstoday.com, “Body dysmorphic disorder (BDD) is a mental health condition affecting 1 in 50 people in the United States.” It has been classified as an obsessive-compulsive disorder (OCD) and can cause major depression. This disorder obsessively focuses on one’s flaws. In the ‘90s, we tried to blame this on fashion magazines. Sadly in a world of inconsistent sizing and trying to keep up with the Internet, I’m surprised the number isn’t higher.

In this day and age, it’s believed that selfie culture brought on by Snapchat filters and the selfie editing app Facetune are increasing the desire for plastic surgery, hence the term “Snapchat dysmorphia.” Where individuals actually seek out cosmetic procedures so they can look more like the flawless filtered version of themselves represented on their social media platform of choice -- minus the dog ears and floral crows obviously, but even those filters will tighten one’s jawlines, widen their eyes and mask their skin rendering it flawless. These cosmetic procedures are often referred to as “tweakments -- ” and no, that’s not a South Dakota joke. “Tweakments” are nonsurgical cosmetic procedures, think along the lines of facial fillers and botox injections… oh my!

According to the same article, “A survey referenced by the researchers found that in 2017, 55 percent of plastic surgeons dealt with people who were looking ‘to improve their appearance in selfies.’ Only three years ago, this proportion was 42 percent.”

According to the same article, “A survey referenced by the researchers found that in 2017, 55 percent of plastic surgeons dealt with people who were looking ‘to improve their appearance in selfies.’ Only three years ago, this proportion was 42 percent.”

The intent of this rant is not to poke fun or criticize body dysmorphia but to reflect upon our own self-awareness. It’s impossible to look perfect in an imperfect world. Everyone has bad angles, everyone has lines on their face whether they’re the creases at the corners of your eyes or frown or smile lines. Our imperfections make us unique and beautiful and most notably human, even though it’s hard to see or accept through the superficial instant gratification of our social media-saturated world.

We’re always going to be our own worst critic, it’s just a sad state of affairs when one starts to really think how our media affects our self-image. Do yourself a favor put down your device and as John Strand would say.. “Give yourself a hug.” You deserve it.