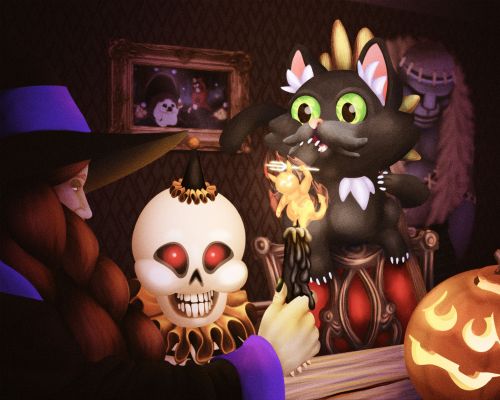 Most folks in the Upper Midwest will remember the last week of October 1991 for a singular reason: the weekend heroics of Jack Morris and Kirby Puckett as the Minnesota Twins defeated the Atlanta Braves in 7 games for their last World Series title. Of course, the world was busy with other things, too.

Little of this was registering in my mind, though, because I was five years old, two months into kindergarten, and justifiably outraged that my mom would certainly ruin Halloween by forcing me to wear a winter coat over my amazing Dracula costume. Black T-shirt and jeans, a black and red cape, yellowed plastic vampire teeth that rendered me mute, and some kind of concrete spray paint that turned my soft, blonde rat tail into a crunchy, black rattail. Just like Dracula. Of course, it’s the snowstorm that sticks out about Halloween ‘91. The temperature had dropped hard on Monday and Tuesday – only a couple of days before Thursday’s Halloween – and TV weathermen were already dissecting the “Perfect Storm” nor’easter ravaging the East Coast and the 16” of snow dropped on Bismarck and Minot in an unrelated storm by the time the winds started blowing and the snow fell across much of Minnesota.

I’d ultimately spend a couple of hours after school that Thursday boasting about that sweet black helmet hair while my mom drove us around New York Mills in a blue Ford F-150, heater on full blast and either Garth Brooks or some kind of ‘80s hair metal on the stereo.

Winter had come to Minnesota, but Halloween found a way.

I can remember most of the Halloweens that followed because I turned into a Monster Kid, a horror nerd who found Stephen King, “Tales from the Crypt,” and “Goosebumps” a bit before most of my friends. Halloween was always an event for me. It was the holiday. And I still get that warm, cozy nostalgia when I think about the tricks and treats of a childhood growing up in rural Minnesota during the 1990s – when candy was worse and we still hadn’t checked the makeup for lead.

Legends about Bloody Mary and lake monsters and that one escaped felon’s prosthetic hook lodged in the car. Enjoying the last of that Halloween haul in front of a Vikings game or up in the deer stand. Our Halloween treats giving way to tricks as we got older, and most of those late October nights ending in front of a horror movie with the crew.So it’s with this kind of love for the Halloween spirit that I started a project with my museum colleagues Markus Krueger and Mark Peihl to survey and summarize the weird and spooky of Fargo-Moorhead.

Over the last two months we’ve hunted the Vergas Hairy Man, a Bigfoot-like creature who’s said to terrorize hikers, snowmobilers, and young lovers in the forested lakes of Otter Tail County. We’ve traced a lineage of UFOs, from the Sebeka man who first described flying saucers in the summer of 1947 to the Fargo pilot who chased one over a football game the following October. We’ve explored the Kindred Lights and the Windigo, Krampus and Belsnickel, the Horace Mann Elephant Ghost and the Roggenwolf. Halloween carnivals, costumes at DeLendrecie’s, and the loveable goblins of Madd Frank Presents. Some of these stories show up in a small exhibition we’ve entitled Weird FM and others might only show up in our historical society newsletter, but they all point to a rich, playful Halloween history and an even richer body of folklore here in the Red River Valley.

I’ll finish with one of my favorites. Right around the same time I was fighting with Mom about costumes and winter coats, a couple of kids in Lisbon were learning about the Albino Man. The Lisbon Albino Man. One October in the early ‘90s they’d run into a friend at Sandager Park, where the north end of Lisbon runs into the Sheyenne River. There was a rope hanging from a tree on the wooded path that locals there called “Lover’s Lane.” The friend said the rope belonged to the Albino Man – the tall pale man who hung cows from the branches.

As wide-eyed prepubescent boys with a VHS camcorder back home, these kids and their friends did exactly what they were supposed to do: they went to work producing Albino Man films, complete with fake blood and a “Friday the 13th” hockey mask. They’d only heard about the cows at Sandager Park, but they got a good sense that the Albino Man killed people, too. That’s what monsters do – and their suspicions were confirmed over the years by other Albino Man horror stories.

Well, about twelve years later those boys went back home one weekend. They were both living in Fargo and back in Lisbon to see family and friends in their time off from work and college. One thing led to another and soon they were having a few cold ones around a bonfire with the old crew and some neighbors. Unprompted, one of them – an older guy, pale with long hair – laughed through a few stories about his old nocturnal habits. See, he liked to run around naked in Lovers Lane terrifying the locals.

As they remember it now, the reveal was hilarious. As one of those kids recalled to me recently, “We lost our f*cking minds…. We never would have guessed there was a kernel of truth to these stories.”

There, in the flesh, unmasked….the Lisbon Albino Man.