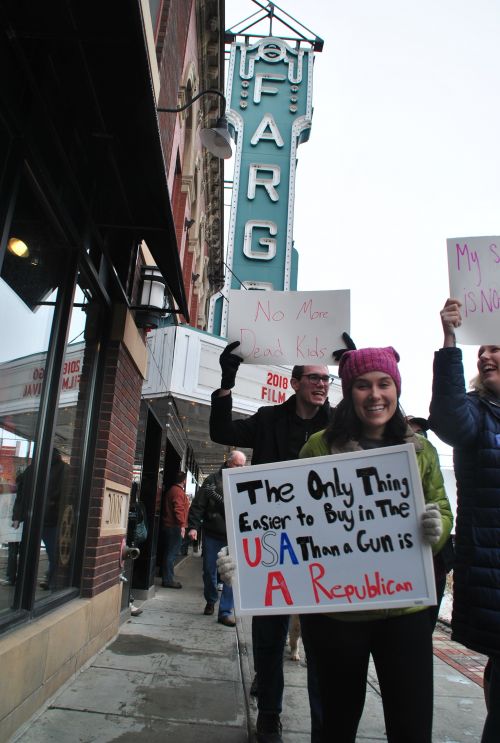 Does everyone find Facebook disturbing nowadays? Oh, I don’t mean the creepy way when after you search for a product, ads for that product are suddenly everywhere like bed bugs. Nor do I mean the way Facebook mines your core personality for every spending or voting habit and then sell that info to the highest bidder… Well, not just that anyway. Admittedly, that’s troublesome.

What really disturbs me is the way so many of us can coldly look down on and mock others without the emotional consequences of doing it face to face. Examples abound, but it’s the posts and memes mocking workers who want healthcare or a higher minimum wage that angers me.

In a dozen different ways, these memes scream the idea that if workers want better pay or healthcare, they should simply go out and get better jobs! These imply that it’s only the worker’s basic laziness that keeps them from gaining these needs. As if service sector workers somehow have a huge moral failing for not being employed in high-paying jobs with great benefits.

As if they are lesser people.

These jobs are mocked as starter jobs fit only for high schoolers and college students, and were never meant to provide a living wage. Somehow, service sector jobs are considered unfit for adults with “real responsibilities”?

Haven’t these posters been to a Target or a McDonalds? Are they somehow seeing different people than I am? While young people make up their share of workers, how can someone not see that the rest of these jobs are filled by older workers, many of whom certainly have families and children, most of whom have bills that are far more important than teen-age beer money?

Look around. These hard-working people are everywhere. They are the older waitresses who we’ve seen working in our favorite restaurants for years, the local gas station attendants who have cheerfully rung up hundreds of tanks of our gas, and the Baristas who have been at the same store since its opening.

Are they inferior for staying in place as others moved on? Are they undeserving of necessities like healthcare or a basic living wage?

Are they less worthy of our basic respect?

Let me be clear. Most North Dakotans do not mistreat their restaurant servers, or Target associates or local baristas. Most of us are kind, considerate and tip well… in person. We wouldn’t think of mocking these workers’ jobs in front of them. So the question that tortures my soul is why do we feel it’s fine to shame the same workers when they ask for better healthcare or a better minimum wage, but only on Facebook where we don’t have to look them in the eye.

Past the cruel mockery, the central idea itself is absurd. Are we so addicted to easy answers that we will accept any solution to what ails us? Do we really think the answer to our healthcare dilemma or income inequality is for everybody to get a better job? Ever attended a spaghetti feed or bought items at a bake sale to help friends with excellent insurance pay off medical debt?

And where are all those good jobs going to come from? What is everyone going to do? How many doctors and lawyers or welders and construction workers can we train before the market becomes oversaturated. The basic law of labor supply and demand is that the surest way to lower the wages is to make certain there are plenty of trained people to do those same jobs.

Face it! If everyone gets a better job then none of us will have a good job.

And who is going to do the millions of lower-paid but essential jobs that our society exists? This nation would crumble in a week without these workers.

Regardless of what career we have, we all need to stand up for some basic decency. These service sector workers are not freeloaders, and they are not lazy. Most of them do the jobs asked of them, and they do them well. They are not paid low wages because of their work ethic. They are paid what they are because that’s the way our system currently works.

I can’t help but think of my hard-working grandmother and let me assure you that if hard work was a sure path to prosperity, my grandmother wouldn’t have died in poverty, but she did. Working as a sharecropper, then in low wage jobs her entire life, she could just never quite climb that ladder.

“But the cost,” people argue. How could we pay for it? For now, let’s skip the shocking fact that the United States has the highest cost healthcare in the world, and let’s pass right by the absurdity of explaining to people of other nations the concept of having a medical emergency spaghetti feed. And let’s not even touch the reality that we now have individuals whose wealth and power are approaching that of small nations.

Let’s just look at ourselves for this. When asked how are we going to pay for this, we need to be willing to stand up and do what’s right? Because I am willing. We all need to say, “I’ll help!”

I am willing to have my hamburger cost an extra $.50 so I can sleep at night knowing those cooks and servers have decent healthcare. I’ll pay an extra ten cents a gallon to make sure the employees can buy their kids a decent Christmas present this year, and I will pay an extra 50 cents for a cup of coffee to assure that there will be more food on more family’s tables.

We all should be willing. Patriotism isn’t about waving a flag or wearing star-spangled underwear. It’s about helping other Americans achieve the same dream many of us have achieved. You’re not much of a patriot if you’re mocking other’s poverty.

These service workers deserve more. They deserve better pay and better healthcare, but more than anything, they warrant the respect every worker deserves for doing their job and providing for their families.

Remember when North Dakota nice used to mean something more than just words. Maybe, we should start to bring it back with deeds. Maybe we need to start saying, “I’ll help!”