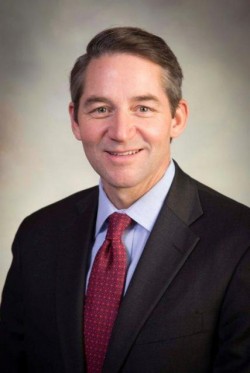 Two weeks in a row we’re reading about the unfolding race for governor in North Dakota. Little did we know when we mentioned Drew Wrigley as perceived heir apparent to the post, that in a matter of days his political world would be rocked big time.

Among most political pundits and even rank-and-file Republicans, it was a foregone conclusion that Lt. Gov. Wrigley would seek and likely get the party nod to replace Gov. Jack Dalrymple. That assumption can now safely be considered a stretch. Whether Wrigley can even stay in the race is now the topic on people’s minds.

Wrigley divulged to select GOP-friendly media this week that a rumor about him having had an affair with a married woman was in fact the truth. This came after a blogger alluded to it online.

With the support of his wife, he admitted the affair.

We are not sure which the bigger political blunder is. The affair. Or going public with the media.

As a general rule, North Dakotans adhere to a live and let live philosophy. We typically do not want to know what goes on in the private lives of elected officials. We also don’t normally pummel politicians with attacks which are of an entirely personal nature.

Goodness knows, one could compile a list of politicians who purportedly have been indiscreet and whose personal behaviors and actions are not the most savory. Republican and Democrat alike.

Wrigley has presented himself as a family values leader. Untold thousands of people have heard that come through loud and clear in his speeches. Politically, he’s now attempting to resurrect his stature by doing the right thing by admitting wrong and displaying how he’s righted his ways.

What’s ultimately sad is that he has opted to air this publicly so as to try salvaging his hopes of being North Dakota’s next governor, with the visible support of his wife. Apart from the hypocrisy, his supposed family values now appear in a very different light, one unbecoming a governor, many may well conclude.

It’s unfortunate. And it’s sad Wrigley’s wife, children, siblings and family members have been dragged into the unseemly turn of events, and not only bear unnecessary public scrutiny but must also participate in re-aiming his political ship at the governor's office.

Coming clean in one’s heart is one thing. Unduly burdening the ones you love most is another. By doing so, it’s conceivable Wrigley misstepped not once, but twice. For a family values politician to bet his family on a political future is truly disheartening.

Media advisors and consultants often advise damage control. Telling all, baring oneself to the masses, showing repentance, getting professional counsel and help, and asking forgiveness are a formula that’s pretty much cookie cutter and rote.

Shooting oneself in the foot and bringing unwarranted harm to others is a risk when such political leaders try making amends. Whether Wrigley did the right thing by going public will be borne out in time, and now in the court of public opinion.

Our advice to Lt. Gov. Wrigley would have been to put this personal and private matter on the shelf and to genuinely and earnestly make his family and loved ones his highest priority. Success on the homefront makes a good foundation for success in the public arena.