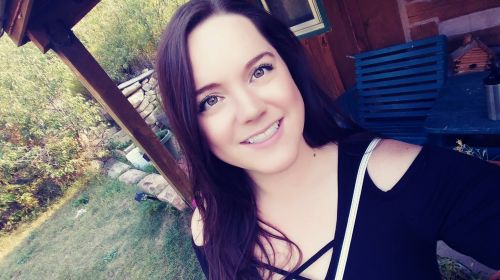 One more time, our senses are rocked as folks we know are spinning and reeling after yet another tragic suicide of a young woman who was known as a sparkplug in our community, to say the least.

Hardly any of us has not been touched by suicide. And, frankly, far too many of us have had moments where we weigh the value of life and wonder if it’s truly worth it.

Times like this are tough. Friends and family bowled over like they were hit with a Mack truck. Too often there’s no forewarning. And then, when there were signals, they too easily get muddled and lost in the quagmire of life itself.

Truth is, we learn. The hard way.

Anything less is oftentimes much less. And those gaps create challenges.

The stoic Midwestern mindset is one where we buck up and make things work. We are not good at asking for help. We do not want to look weak. We hide our emotional stress and bury it however we can, too often with mind-altering activities like drinking or drugs.

God only knows how much anguish some people face. Their demons, their dark side, their worries, their sense of inadequacies, their fear of failure, their sense of destitution and depression. It’s an endless litany.

It’s also part of life. And therein lie our challenges.

Once anyone has experienced the suicide of someone close to them, after the initial processing which is immense, another logical step is to from that point on pay attention to those around you. Who’s at risk? Who’s not talking? Who’s disappeared and fallen out of view? Who has hinted at their troubles being too much to manage? Who’s attempted suicide before? Who’s without any support people around them?

The list is endless. The main thing is we pay attention and that we do not let hints of destructive behavior slide by unnoticed. If someone says something, act accordingly; act as if their life depends on it because it just may.

When in doubt, ask for help as well. Reach out to suicide prevention lines and get their guidance. Call 2-1-1. And, most importantly, touch base with your friend or person who’s at risk. Call them. Text them. Go see them. Connect with their friends and family.

Pull out all stops.

There are countless triggers that can lead to someone wanting to end their life. Sometimes their signals are in fact attempts to find help. Failure, however, can lead to better-guised behavior down the road and can lead to more likely success the next time around, if there is one.

Meantime, countless folks we know today are grieving and lost for words or basic understanding of yet another tragedy and loss of a spectacular human life. Give each other comfort, as well. Be present, listen, and don’t judge.

Going forward, celebrate each day and each moment with each other. There are no guarantees, no assurances of anything, no light when there’s darkness.

RIP, Sarah Ann. You left a mark on so many people. A good one. There’s no doubt you were loved and adored, that your friends considered you to be closer than family, that there’s a big empty spot in Fargo and in our community, especially in the hearts of those close to you.

We will go on but it won’t be all of us. That’s unfortunate.

If anyone you know is at risk, do whatever you can, whatever it takes. We don’t always succeed at turning others onto a healthier path, but it’s far better knowing we tried and gave it our best because they were worth it.