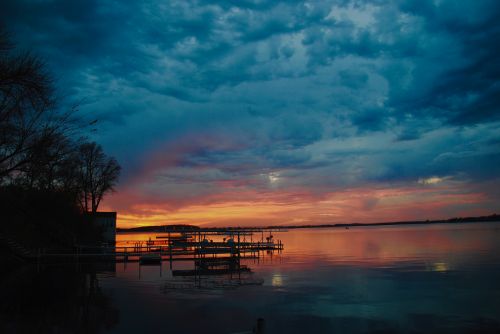 Now that North Dakota’s biennial legislative session is over, we can all breathe out a big sigh of relief. But that’s not to say there won’t be lingering indigestion.

In retrospect, and from the vantage point of those on the outside looking in, it’s truly unfortunate to see such a disproportionate sense of balance, or actually to see the total lack of balance. It’s a one-pony (or elephant) show. The old adage that absolute power corrupts absolutely comes to mind, yet we won’t loosely use the word corrupt.

There were a few highlights this past session, however. Sunday blue law repeal. Teddy Roosevelt Library.

We call that biting the hand that feeds them. The same people who vote legislators into office voted for statewide measures that prevailed. Our recommendation is to simply not reelect those lawmakers who forget from whence they came once in Bismarck.

Give them the proverbial boot.

Even though there’s an obvious imbalance of power and that Republicans dominate, one would wonder when observing the internal squabbling and infighting that takes place. It’s pretty apparent rank and file GOP legislators resent that Doug Burgum was elected governor, even though he’s also of their political ilk.

Just think if they had worked together more. What they could have accomplished?

Women’s rights one more time took a back seat this session. No surprise. LGBTQ rights are not even on their radar, to the level that it’s an embarrassment.

N.D. lawmakers easily quip that local control is paramount. We laugh. That is until they decide to preempt local jurisdictions from taking action that would not necessarily be palatable to Bismarck’s right wingers. Plastic bags. Minimum wages. Rental registries.

That they on one hand tout local control and on the other undermine it is telling. Their actions speak louder than their words, some might say.

When North Dakota chimes in on the topic of building a wall on the southern border, they’ve tipped their hand and we can see they are doing little more than the dirty work of the Trump administration.

When North Dakota disregards science and the voice of the people on medical marijuana and decriminalization of recreational marijuana, and somehow or other addresses a ridiculous amount of law enforcement and prison energies and prisons to nonviolent pot smokers, it’s disheartening.

There’s no doubt the age-old east-west and urban-rural divide is alive and well. Some legislators relish it when they get opportunity to not support “Imperial Cass.” What they don’t realize is that many of the thousands upon thousands who’ve moved to the state’s biggest city came from those very same small towns across the state that have leaders undermining policy benefiting Fargo.

Be sure to welcome legislators back home and take up conversations with them about what happened, how and why it happened, and learn from them. They’ll also learn from you, so be honest with them.

And, if it feels right, dive in yourself. Get involved. Run for office. There are multitudes of positions to fill. Water Board. School Board. Park Board. County Commission. City Council.

If you feel the need to contribute further to the dialogue and to policy making, throw your hat in the ring. Step into the arena.

Frankly, your voice is needed.