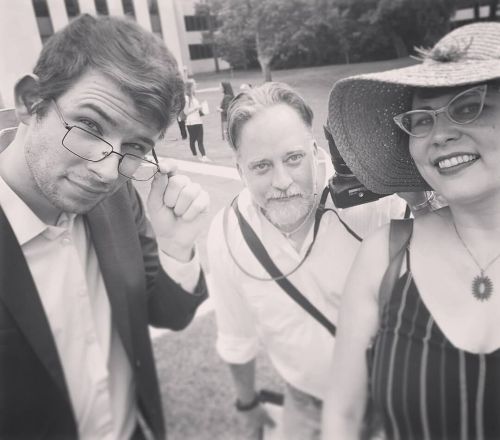 When categorizing my class background I’ve invariably replied “working class” but in truth that was more aspirational than factual. My father was either unemployed or underemployed and died of a heart attack at age 46 while working as a night shift orderly at a veteran’s hospital in Fargo, ND. I was 12-years-old, with a 7-year-old brother, and thereafter our family income consisted of whatever my mother earned from doing infrequent odd jobs and the social security checks she received for her two boys. Thanks to the G.I. Bill, we had a small house.

Given our socioeconomic status, I had virtually no exposure to music other than the radio’s C&W variety, no domestic or foreign travel save annual visits to my grandparent’s small farm, no books of my own, records, visits to art museums, or attendance at musical or theater performances. Reading material was limited to the local rag, the odd copy of The Reader’s Digest and trips to Fargo’s public library. Dinner conversations didn’t include soliciting my opinions.

I experienced my lot in life as tragically unfair and even harbored some inchoate bitterness. Later, my 14-year old teenage self merged this background with unarticulated feelings of self-doubt, of not being “good enough,” especially in relation to my better-off peers. My point here is that it wasn’t until much later I realized my experience was virtually textbook in terms of how clandestine social reproduction of class works and does so in such an efficacious manner.

We know that economic capital is accumulated labor institutionalized in the form of property and is at the root of all other forms. One of these forms is cultural capital, a concept originating with the French sociologist Pierre Bourdieu (1930-2002). He argued that cultural capital greatly facilities inequality, in part because the elite classes determine which forms of cultural capital are “legitimate” and if mastered, enhance one’s social mobility.

Transmission of cultural capital depends on the cultural capital “previously invested by the family.” This hereditary transmission begins at birth for the offspring of wealthy families and continues through childhood. The length of free time (free of economic necessity) is one significant advantage that’s extremely hard for others to overcome.

What does it look and sound like? It includes collective symbolic elements such as taste, mannerisms, clothing, educational credentials (an Ivy League education, for example), a certain and unmistakable style of speech, how to confidently talk to gatekeepers of social advancement. It might include knowing certain foreign films, food and drink preferences, authors, philosophers and different kinds of music. According to Bourdieu, nothing “is more classifying than music.” Incidentally, the upshot is that high status cultural symbols are internalized and converted into socioeconomic gains. To greatly simplify, one learns what to say (and not to say) and how to say it at dinner parties!

And speaking of social settings, as a newly minted Ph.D. at the start of my career, I recall attending a dinner party where all the other attendees were middle-aged academics. Over cocktails, the conversation flowed with names and places that meant nothing to me. From art-house films, summer concerts at Tanglewood, and vacations in Italy or “The Cape” to a new off-broadway play, whether a certain author deserves a favorable review in The New York Review of Books and the best gin for martinis.

I still recall feeling queasy and apprehensive about the next few hours and pleading illness, I made an early departure. My meager cultural capital account was already overdrawn. Are such people pretentious, self-congratulatory snobs? Do they, in Baudelaire’s phrase, experience “a feeling of joy at [one’s] own superiority?” According to Bourdieu, cultural capital is acquired unconsciously and disguises educational advance as based solely on individual effort and therefore is wholly deserved.

Later that “earned merit” distinguishes its owner in ways that permit access to high level, dominant positions. It’s especially insidious in that even if remedial efforts reduce actual economic inequality occur, this “clandestine circulation of cultural capital becomes determinant” in obtaining rare positions of privilege and power. Note: For years I quoted Bourdieu but never publicly uttered his name. Why? Because I feared mispronouncing it, thus sadly showing the hold that a dearth of cultural capital can still exert.

According to Bourdieu, most people unreflectively accept their “sense of place” within the hierarchy. In academia, it’s long been an anomaly for someone from a working class background to attain faculty status at an elite college or university. The sorting process begins early but even if one gets through the “old boy’s network,” gender and racial barriers, and miraculously obtains an interview, there’s more to overcome. That is, it’s not implausible to assume that hiring committees look favorably on applicants displaying similar levels of cultural capital on the reasonable belief that future friendships may follow. Finally, based on both anecdotal and published research, the know the rare working class hire will invariably feel like a fish out of water.

In my own case, I accepted a position at a very respectable college and became what I’d charitably describe as a semi-public, semi-intellectual. I was neither a red diaper baby (closer to red, white and blue) nor owned a copy of Bourdieu for Dummies. But over some 45 years and due to highly unusual circumstances not of my own doing, including the often discounted role of pure luck, I unintentionally accumulated checkered aspects of cultural capital. My relatively privileged position as a college professor afforded me substantial discretionary time.

For example, invariably traveling on someone else’s dime I was able to teach and travel abroad several times and also spend summers pursuing my interests without financial encumbrance. Eventually I was able to “pass” in some settings but never within the easy comfort zone of those who gained cultural capital almost by osmosis. I should quickly add that I’m grateful that in my early twenties I joined and have remained on the right side of the class struggle.

Why is any of this important? On a personal level, one reason I went into teaching was to help students, many of them first generation college attendees, to gain a better appreciation of how their identities and “place in the world” was shaped, not only by huge disparities in economic capital but the equally insidious tool of cultural capital. By demystifying this wholly fraudulent operation, I hoped students would feel empowered and the possibilities for political struggle to eliminate both forms of capitalist oppression would be enhanced. Today, the need for disarming this weapon has never been stronger.