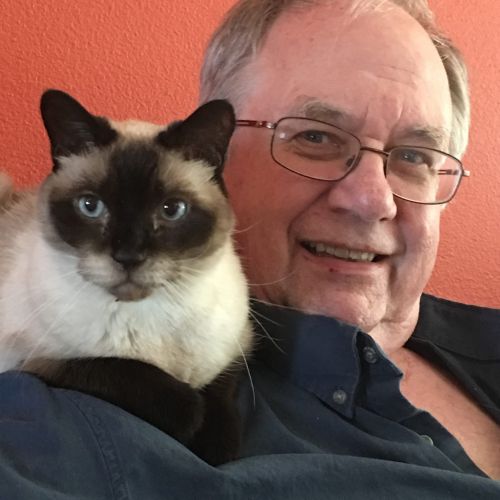 On May 10, we lost the godfather of Fargo subculture, Tom Tepley. He was a businessman, husband, father, collector and the man behind Discontent -- and a unifying force who provided a space for the weirdos, myself included.

I had the pleasure of working for him at the Moorhead Discontent in the early 2000s and I believe that if it wasn’t for that experience and the people I met while working there, I wouldn’t be where I am today. In honor of Tom we reached out to a few folks to share their memories.

Scotch: artist, musician, radio personality, Art Riot magazine
Tom was very altruistic. He was adept at scooping up and employing a lot of creative-weirdo types who maybe wouldn't have had a fair shake finding work elsewhere. He certainly made me feel like we shared a connection. When I was briefly unemployed from radio, he really saved me and my family. Tom essentially said "Let me put you on retainer in case I need any artwork for t-shirts or something," and helped us out. ART RIOT magazine would never have existed if it weren't for Tom. He not only believed in what Beau and I wanted to do, but he inspired many of the creative decisions we made and lit a fire under us to persevere. I'm so glad that I got to know him over the course of the last five or six years and I'm sad as well as disappointed that I didn't get the chance to know him better.

Rusty Steele, President of Discontent
Hired in 2005, I have been in Management and a part of Tom’s decision making that has shaped the company to what it is now, which all came with his trust and a vision that he saw. He always said I was the only one that understood what makes the core of Discontent. With his mentoring and style of personal management -- a truly unorthodox way, I have learned that it’s not about managing people, rather than being a strong support system and guidance for your team you are looking to lead to a victory.

He was big on letting people do their own thing, in their own style, and would give his guidance as needed. Most of us were close with Tom, he chose to identify with his staff on an individual basis, and connected with them in their family lives. When Moorhead closed, he trusted me enough to pick the store up and go west. Billings, MT became the new Discontent store, and from there we opened multiple locations in Montana and Colorado, all the while maintaining Waite Park, MN.

He has helped staff grow, progress and move to new locations on the company dime. He always made sure our quality of life was good, rather than basing wages on what a market suggests. He helped many artists, musicians, and skateboarders move up to the next level by his support, advice and sponsorships. For me personally, he sponsored my past band Battlefields many times over. He also sponsored glass artists such as Chelsey Dahlstrom, who he helped develop on a national level.

He was good at listening, digesting information and giving very straightforward, honest answers. His sternness was intimidating, but the reward of information from his overly sharp mind was always greatly respected and damn near always true. He was a huge supporter to the counterculture, not only in Fargo-Moorhead but nationwide, and was one of the old-school guys at trade conventions that legends of the industry recognized and respected.

He left us in a collective board of long-time Discontent managers to keep the company going, and have the legacy of Discontent and Tom Tepley live on.

I might also note that Tom opened a skatepark, had multiple pro skate tours that came through town, and was responsible for many of the larger shows that used to come to the region, from Pantera to Bob Dylan. He was not a man of greed and was always fighting for people and their causes. He was always brave and bold enough to speak for others when they were not able or did not have the right words to say aloud.

Jordan Tepley: son, artist
My father was an incredible man. He experienced so much in his time and always took care of everyone. Some of my favorite memories are when he would do shows and let me hang out with him and the guys from Jam.

There was one particular time that always stuck with me. Disturbed was playing at the Civic Center and I was really young, but he let me go out on the floor. I was walking to the stage and a lady stopped me and said, "You are way too young to be out here by yourself. Go find your parents" -- in a really condescending tone.

I went back to the box and Dad asked why I wasn't watching the show. I told him about the lady and he said, "Did she have a beer?"

"Did you thank her for contributing to your college fund?" Everyone in the booth burst into laughter. He was always such a funny guy. He told me to go back out there and enjoy the band.

He helped me learn two things that day. Don't let anyone give you sh*t and ruin your day, and always catch the band you went to see. I'll always remember that day.