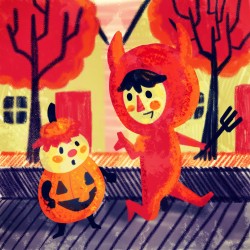 Last week, HPR published “Trumpeteers,” an interview with several Republican candidates and leaders in North Dakota, to ascertain whether they support Donald Trump for president.

Perhaps not surprisingly, stalwart Republicans towed the GOP line, continued their endorsements of Trump and defended some absolutely – in our opinion – outlandish and unsettling planks in their party’s national platform.

Things like protections for women with regard to reproductive health care. One even stated that once successfully made illegal, women who secure abortions should in fact face penalties. Or, on the topic of gay marriage, agreeing that such rights should be overturned. Or, affordable health care, reaffirming commitments to abolish it.

No doubt, North Dakota is a conservative state and since the 1990s has leaned Republican. That party leaders and candidates can endorse policy and leadership that would outright target people is reprehensible.

And they wear these values on their lapels.

Trump has been a non-stop insult to human decency his entire campaign journey. His raising up the underbelly of human nature to the point that it’s celebrated and championed is an insult to the fundamental tenets of America.

Racism. Bigotry. Classism. Misogyny. Religious intolerance. Blaming and finger-pointing. Redefining “great” with actions that undermine decency and dignity, protections and government rule for the greater good of the people.

Yes, we understand why candidates and political leaders might unyieldingly stand behind Trump. We understand, yet when such “leaders” sacrifice others for their careers within the party, because they don’t want to lose the support of the far right, they lose the rest of us. Compromising values, principles, human decency, our confidence in our way of choosing our leaders, our standing among the nations. This not the way forward.

So where do we go from here?

We say march to the ballot booth and speak your mind. Pull the proverbial curtain behind you and vote your conscience. Vote your heart, your mind, your best judgment, your principles. Vote for a greater future for not only you and yours, but for future generations. Vote for a slate of candidates who choose the high ground, not the cesspools of mankind’s dark sides.

Lend your support to the people who you believe have not only the skill sets to lead well, but their hearts in the right place. Vote for those who do not find strength in encouraging hatred. Vote for people who see opportunity in problems, who are enlightened, respectful and loving.

Vote for statesmen and stateswomen. And, for president, we encourage you to vote for anyone else on the November 8 ballot -- just not Trump.

While writing this editorial, Jesse Jackson was making an appearance at the Standing Rock protest site. Just north a bit, reports substantiate an immense military buildup that suggests an impending head-on collision between protesters and law enforcement.

All this as the world watches what’s unfolding in North Dakota.

We are worried that the situation could implode and all hell break loose. It’s at this point a no-win situation and potential leaderless chaos, widespread bodily injury or worse.

Officers across North Dakota and the Upper Midwest have been called to duty by their governments. They’ve joined the effort to keep the peace, so to speak. Those in uniform require oversight by our leadership, so as to avoid bloodshed and seek peaceful resolution.

Similarly, people across North Dakota, the Upper Midwest, the country and in some instances around the world, have joined those at Standing Rock who are standing in protest of policy and action they don’t support.

Nobody will win in this, truly. But we don’t need losers either.

We wonder what Warren Christopher would advise, the esteemed native North Dakotan who negotiated peace in times when wars were the likely alternative. We wonder how he, if he were still with us, would lead us out of this quagmire.

People on every side of this issue are our shared priority. We need our best effort now, to be able to say to ourselves that we did our best for everyone, those there in service as well as those there assembling and speaking up.

Time is of the essence. Greatness acts, it does not simply ponder.