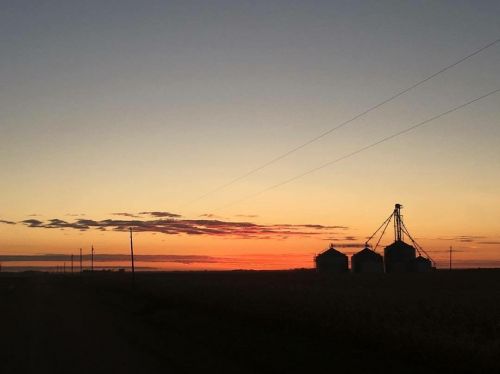 "All efforts to reform the American system is capitulation."
— Chris Hedges

"Without massive resistance to white supremacy and war, the U.S. empire threatens to devour itself alive and will no doubt attempt to take us with it."
— Danny Haiphong

"No serious change, remotely popular sovereignty, no protection and advance of the common good will be forthcoming without prolonged, organized, and massive civil disobedience — genuine popular resistance."
— Paul Street

I’ve no doubt that some readers will judge the assertions by Hedges, Haiphong and Street as off-putting, hyperbolic and even examples of a left-wing infantile disorder. I’m not among them. For me, their depiction of ends and means is self-evident. All that remains is identifying the obstacles and how to overcome them.

I suspect one obstacle is age. One reason I found it so gratifying to teach undergraduates — those experiencing life under late capitalism — was their willingness to consider new facts, new information and new interpretations of past events. Their relative lack of investment in prior “knowledge” surely played a role. And paraphrasing one of my earlier pieces, when it comes to our capitalist system and its empire, the learning curve is not a steep one. I dare say that a curious, honest and reasonably alert high school sophomore could easily grasp the essentials.

However, it’s been my experience that for many other folks the learning curve has flatlined, leaving them in a state of arrested political development and at least outwardly, “comfortably numb.” If the truth sets us free, why do so many opt for ignorance and implicit compliance with a wretched, immoral system?

One possibility is resistance to new information that contradicts deeply held beliefs. A quote attributed to John Maynard Keynes, the brilliant and highly influential British economist, bears on this matter and is especially appropriate: Some of Lord Keynes colleagues complained when he changed previously held strong opinions. On one occasion, after a critic accused him of this behavior, Keynes replied:

When events change, I change my mind. What do you do, sir?

When the facts change, I change my mind. What do you do, sir?

When information changes, I alter my conclusions. What do you do, sir?

When someone persuades me I am wrong, I change my mind. What do you do?

If I’m correct, is this resistance because some “new information” is too threatening? That subjecting previously held assumptions might provoke a personal identity crisis? That giving voice to opinions grounded in new facts creates unwanted tension among friends and family members? Fears that one’s comfortable lifestyle and career advancement might be jeopardized? Or does it relate to Erich Fromm’s “Fear of Freedom” and the feeling that “As bad as things are, at least I’ve survived. Maybe radical change will be even worse?”

Or is the answer as simple as being unaware of how the world actually works? Perhaps I’m being unfair but I’m reminded of Susan Sontag’s long essay “Regarding the Pain of Others” where she wrote, “No one after a certain age has the right to this kind of innocence, of superficiality, for this degree of ignorance, or amnesia.” Or I think of the post-1945 Germans who said, “We just didn’t know.”

But if we wish to adhere to Antonio Gramsci’s dictum of practicing pessimism of the intellect and seeing things as they really are, then another answer looms and it’s a bleak one. That is, there’s now ample scientific research suggesting that our brain’s hard-wired, biological trait for empathy can be short-circuited through powerful belief systems. A prime example is neoliberalism which tends to anesthetize feelings of social solidarity across the population. This muting of empathy has proceeded further in our culture than in any other in the world.

After having written the above, I hasten to add that exceptions exist although it’s impossible to ascertain how widespread. A younger Facebook friend recently posted her thoughts in response to one of my articles. Kelly DeWalt (by permission) wrote “I still believe that most people are at the core, aware that something is horribly wrong, that there is a dissonance between what is and what should be.” After describing the promised rewards of material comfort and financial gain, she goes on, “Those rewards come with a steep price — giving yourself freely to a system that is merely for the benefit of the few...so collectively and over time, things don’t add up, and you feel a constant ache for something different, better, fairer — community, belonging and compassion.”

My correspondent is suggesting that she and presumably many of her peers see through what Marx termed “commodity fetishism.” Neither does she view herself as primarily relating to others in an antagonistic way — the false consciousness created and maintained by elites— nor does she subscribe to the American Dream, the lie of meritocracy and other foundation myths. She concludes with this poignant question: How do I exist or survive in a system that I loathe with tenets I reject? You want to escape but the question isn’t why but how?”

All things considered, I refuse to accept the most dire, endgame answers for three reasons. First, they effectively negate and exclude human agency. Second, we know many exceptions and outliers still exist both here and within the interstices of global society. For example, think of Cuba’s culture of empathy and its practice of selfless medical internationalism. Third, cynically terminal responses provide too tempting a rationale for those wanting to opt out of political struggles.

Finally, in a profound political sense, our brothers and sisters are Archimedes’ lever and they’re standing in the “proper place.” But precious little time remains to erect the fulcrum of class consciousness needed to move the world. I’ve struggled over my career to find answers to this conundrum while simultaneously being plagued by the dispiriting thought that what passes for the left in this country hasn’t worked hard enough, been creative enough. It’s not entirely satisfying to say we need to do more but “optimism of the will” will help banish distractive pursuits. It’s also what gives meaning to our lives.