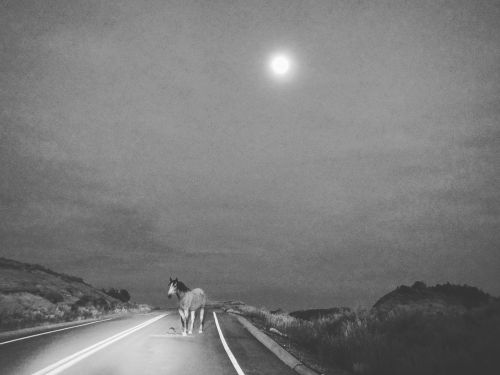 North Dakota ranked very high on “Highest state and local expenditures on parks and recreation per capita.” We also had fewest fitness centers, fewest restaurants, and fewest marinas per capita. None of this is really all that surprising. Our denser populated areas have all of these things, except for the whole marina part. If we were talking about Minnesota I might be surprised and concerned about a lack of marinas. I mean I’ve never seen North Dakota bragging about the abundance of lakes on their license plates.

Then again I might just be projecting a bit. Minnesota ranked pretty high in the categories of “Most performing arts theaters per capita” and “Highest variety of arts, entertainment and recreation establishments.” We love our Minnesota neighbors. They have all the cool toys.

Jokes aside, we’re pretty landlocked and the last time I headed out to the marina in my hometown the shore and the air was thick with the stench and remains of the winter kill. We thought the winter was tough on us. The carp lining the beach didn’t even live to tell about it. Plus with the amount of field runoff, I was always warned to stay away from the water. You can keep your marinas Wallethub. We’ll skip stones from the shore and see what’s left to fish.

When I think of fun, fitness centers aren’t the first things that come to my mind but then again I might have a different definition of fun than the average bear. There are some people who like to sweat together for the sake of fun--I guess why else would thousands of people flock to Fargo for the annual marathon? Full disclosure, I was the uncoordinated kid wheezing in the corner with an inhaler in my pocket. I failed gym class one year and tried to blame it on “girl stuff.” That was definitely a lesson in crying wolf--don’t worry dear Reader readers. I’ll spare you the details.

Now let’s talk about our lack of restaurants. Thanks for rubbing it in Wallethub, while you’re at it maybe pass the salt too so we can rub it in our wounds. We live in what some refer to as a “food desert.” We’re not talking about Fargo, Grand Forks, Minot, Jamestown, Bismarck or wherever else. We’re talking about the connective tissue between our population centers. Our state’s food situation is a hot topic within not only our state but within the nation. In fact it’s such an important conversation that we addressed it with our cover story this week. Small town cafes and grocery stores are closing left and right. As populations dwindle, so do their social spaces. By inviting these corporate entities such as US Foods, Walmart, Costco, Sam’s Club, and even Dollar General the little guy can’t compete and is getting pushed out.

It seems a bit silly to group the highest populated states with the least populated in the nation and base how “fun” they are on that data. It’s almost like comparing apples to oranges--or Wyoming to California. Wyoming being the least populated state in the nation and California being the most populated. Of course the denser populated areas are going to have more recreation and entertainment options. According to an article dated March 2018 in USA Today, we’re also the drunkest state in the nation--in fact Fargo is the “Drunkest metro area.” You’d drink too if the rest of the country thought you were boring. Now that’s not fun at all. That includes alcohol related driving deaths, people in poor health related to drinking and “adults drinking excessively…”

Aside from our lack of restaurants, marinas and fitness centers, our state does have five national parks with beautifully maintained hiking and biking trails, and scenery that may make you speechless. I was just at Theodore Roosevelt National Park this weekend and it was awe inspiring. Utilize those national parks folks--they’re there for a reason.

If you’re looking for fun in this state take the road less traveled. Theodore Roosevelt once said, “Do what you can, with what you have, where you are.” Find the quirky bars, shops and cafes and support the little guy. A regular customer from my bartending days at the Vets Club would often say, “If you’re not having fun in life--you’re obviously doing something wrong.”

If you run out of ideas be sure to check out our calendar each week. We’ll clue you in on all the cool stuff going on around Fargo Moorhead. Now for you go getters, take this as a call to arms! With this data maybe we should reflect on what we can do to make our communities more stimulating and to convince our youths to stay. You can only say “I hate this place” for so long without sounding like a broken record.

Now we need to ask our readers, what do you do for fun in North Dakota?