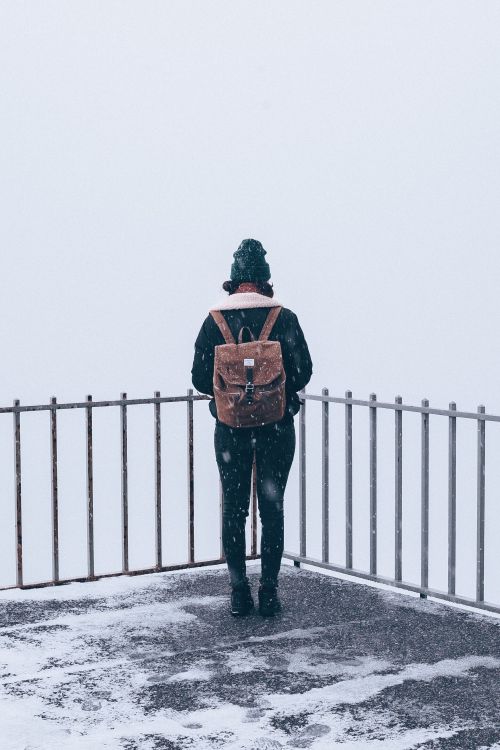 The Nordic Model
Dr. Thea Hunter, a graduate of Columbia University and an adjunct professor of history at a number of elite colleges and universities, recently died at age 63 of extreme capitalism—and asthma—because of lack of health insurance and health care. She started her career at Western Connecticut State University in 2004 which required a two-hour commute from New York City. She was beloved by her students, but colleagues and other university workers often asked her if she was a janitor. Parents often called the administration and asked if she really had a doctorate in history. She was considered to be a promising, brilliant scholar of history during her college days. Although she was on the tenured track and had a good salary and all benefits including health care, she decided to seek another job because of racism. But then came the recession of 2008.

In 1969 about 80 percent of college faculty in the country were tenured; that is, their job was protected and they could be removed only for cause. But by 2013 only about 25 percent of professors were tenured. Most undergraduate classes even at elite universities were taught by underpaid adjunct professors who were on part-time no-benefit contracts. After the recession, state legislatures reduced all education budgets and raised tuition on students. Dr. Hunter could get only adjunct jobs.

She did have adjunct teaching contracts at Princeton, New York University, Montclair University, and was nominated for a distinguished teaching award at the New School, but was never paid a living wage. She had severe asthma as many blacks do, but she couldn’t afford health insurance or health care. The top Ten Percent now live to be at least 95, but poor blacks live to an average of 65. Dr. Hunter died 32 years before that average of 95.

What Kind Of Life Would Dr. Hunter Have Had In A Nordic Country?
Whenever Republicans hear the word “medicine,” Sweden,” welfare,” “Bernie,” or “Nordic Model” they scream “SOCIALISM!” and wipe their sweating brows with embossed hankies. If Dr. Hunter had lived in a Nordic country she might have lived to be 95. The Nordic countries of Finland, Denmark, Iceland, Sweden, and Norway are proud of their comprehensive welfare programs and collective bargaining practices. A very high percentage of workers are organized into strong and effective unions. However, let’s remember their economic policies are based on free-market capitalism. It is not based on extreme capitalism or disaster capitalism. It is a combination of capitalism blended with democratic socialism. Norway is the only Nordic country that owns several businesses, but that is a carryover from the end of World War II when it nationalized a couple of German-owned businesses. Norway is somewhat like the state of North Dakota that owns the U.S.’ largest grain milling business in Grand Forks and that little state bank in Bismarck.

Each of the Nordic countries has different economic and social models, but all five rank in the top ten on the World Happiness Report. Here’s why:

** Extremely low levels of corruption. All Nordic countries are in the top ten of the Transparency International’s Corruption Perceptions Index.

** Finland and Norway take the top two spots in the United Nations World Happiness Report which is based on real Gross Domestic Product per capita, life expectancy, and freedom to make life’s choices.

** Unemployment benefits in the Nordic Model average about 80 percent for several years while the workers are retrained.

The simple fact is none of the Nordic countries are socialistic. They were all economic successes before they built their compassionate capitalistic states. Their main interest turned to the “common good.” The Nordic Model generates good incomes for workers, presently higher wages than any in the United States. They created enough wealth so they could have a generous social safety net.

Here Are Some Of The Elements Of A Good Nordic Social Safety Net
Besides universal health care and free K-16 education, here are key elements of the Norwegian safety net for workers--which are similar to the other four Nordic countries:

** Norway has no minimum wage but wages are determined by intense negotiations between employer and employee—and unions are quite strong.

** Normal working hours must not exceed nine hours per 24 hours and 40 hours per seven days.

** An employee must have at least one break if the daily working hours exceed five hours and 30 minutes. Bathroom breaks are unlimited.

** An employee must have 11 hours’ continuous off-duty time per 24 hours.

** Normal working hours must not exceed nine hours per 24 hours and 38 hours per seven days.

** In addition to annual vacation days there are ten public holidays.

** Adopting parents are entitled to two weeks unpaid leave of absence to take care of the child.

** If a child is sick the employee is entitled to ten days’ leave per calendar year, and 15 days if the parent has two children.

** An employee who takes care of a close relative with a terminal illness is entitled to 60 days ‘ leave of absence to take care of the patient.

This is just a short list of the safety net in Nordic Model countries.

** Rich people are turning America into a third world country with no middle class while stashing cash in hundreds of tax havens.

** Over 80 percent of the American people are living pay-check to pay-check and 40 percent do not have $400 to cover an emergency.

** Over 2.5 million school children are homeless sometime during the year. Even adjunct college teachers like Dr. Thea Hunter are living in their cars or on the streets.

Bezos of Amazon makes more money in 12 seconds than a person who makes the average U.S. annual salary.

** 540 American billionaires live the lives of kings and queens while 15 million American children live in families with incomes below the poverty level.

** One in ten black men is in prison or jail while one in three black men have felony records.

** Over 40,000 die of firearm violence each year and over 200,000 have died from opiates such as heroin and prescription opiates in the last three years.

** Almost 60 percent of Americans are obese.

** We rank among the top three among all nations in depression, anxiety, and drug abuse rates.

These are just a few reasons why 57 percent of young Americans want to live under democratic socialism instead of extreme capitalism.

Why Is This Finnish Family Returning To Finland?
Finn Anu Partanen, the author of “The Nordic Theory of Everything,” spent ten years in New York City before deciding to return to Finland with her American husband and children. Here’s why in her own words: “Our time in the U.S. was defined by anxiety. It takes immense energy to find the right daycare, find the right school, find the right doctor, then figure out the right insurance plan and how you’re going to pay for everything, as it is so expensive. Finnish society has been built in such a way that people are supported but still feel like they have control over their lives. (Finland is at the top of the World’s Happiness Report.) Most people would like a life where they can get health care if they get sick, where their children can get a good education, where they can work and hopefully feel fulfilled in their work, while still being able to spend time with loved ones.”

Finland has a strong social safety net, has practically ended homelessness, has nearly ended gender inequality, and has one of the best free education systems in the world, and teachers like Dr. Thea Hunter are among the most respected people in the country. And society allows fathers to spend more time with school-aged children than mothers. A question for all of our evangelical Christians: Which economic model would Jesus Christ pick for humanity, the Trump Model or the Nordic Model?

In the California Bay Area, thousands of the homeless survive by stealing food, trash, and stuff out of the dumpsters of the rich and sell what they find to the middle class. (It’s against the law to steal from trash cans in California.) There are about 85,000 homeless in LA and San Francisco alone. It’s estimated that 67 percent of these homeless have no shelter at all. That’s why the streets of San Francisco are covered with human excrement and hypodermic needles. There is no safety net—or toilet paper-- for many.