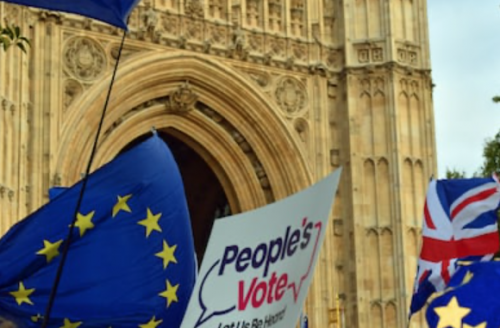 The United Kingdom has a new boss.

Considered to by some to be a British counterpart to Trump, Boris Johnson is riding a wave of political discontent with a can-do attitude and bubbly stage persona. He opened his inaugural speech with a powerful and politically charged promise.

After ‘three long years of indecision’ this new Prime Minister´s government will deliver Brexit with or without a deal by the 31st of October. He will do this by simply not asking for further extensions to negotiations, opting to risk a potentially dangerous no-deal exit from the EU. The Brexit process has come to be defined by repeated extensions, which was originally promised to happen on March 2017. Johnson however wants to buck the trend and put pressure on the EU to make a deal before Halloween. The United Kingdom, which voted to leave on a majority of 51.9% in 2016, is perhaps more polarized than ever on whether it should leave the EU or not. Traditional parties are still divided on the issue while new political upstarts are staking bold positions on the matter.

In the arduous process of parliamentary and UK-EU talks, the Brexit question has gained such a weight and charge that the whole of British politics bows to the issue. The fate of Prime Ministers and even entire parties hang on the ends of this thorny question. Energized electorates are weighing their votes on the Brexit scale and this is something Boris Johnson understands quite well.

Boris Johnson had been waiting in the wings for the prime ministry for years now, while the mainstream Conservative and Labour Parties have been increasingly threatened by the differences in public and party opinion on this key issue. The new Brexit Party and the reinvigorated Liberal Democrats sprang fully formed into the political arena, strongly touting Leave and Remain campaigns respectively. Boris Johnson knows that the rival Brexit Party threatens to overwhelm his Conservative party if he is not the one to rally his Leave (or more informally Brexiteer) base. So how did this issue become the one to define the current British political landscape? Some context might help.

When former Prime Minister David Cameron called the 2016 Brexit referendum, he did so with the intention of silencing pro-Brexit rebels in the party. As the campaign unfolded battle lines were drawn and party leadership oftentimes found themselves fence-sitting. Some leaders, such as David Cameron and Labour party leader Jeremy Corbyn, found themselves standing opposite their own parties. After the unfavorable referendum result, Cameron realized that his Conservative Party wanted to leave the EU while he had made it clear he wanted to stay.

With Cameron´s resignation Theresa May inherited a prime ministry bowed to the Brexit issue. All of her talk of “strong and stable” governance failed to sell the Brexit deal she tried to push through parliament three times. Many Pro-Brexit representatives in the Conservative party saw the offered deal as being self-defeating and riddled with unnecessary concessions. Meanwhile, the majority of the Remain camp was naturally opposed to any sort of deal that meant leaving the EU, making Brexit impossible. This deadlock has persisted for more than three years.

Boris Johnson tapped into a current of electoral dissatisfaction when he called for an end of ´three years of indecision´, which was a clear attempt to rally the 52% that backed Brexit. The peril of continued fence-sitting became quite evident in the May MEP elections. In the MEP elections the various EU member states elect their representatives, who sit in the EU parliament in Brussels. In the United Kingdom, the MEP elections have historically been a stomping ground for more unorthodox politicians like the famous Brexiteer Nigel Farage, or more recently the showman green MEP Magid Magid.

Nigel Farage is quite possibly the politician who is most directly responsible for Brexit. Not only was he the leader of the United Kingdom Independence Party (or shortly UKIP), but he was also the founder of the nascent single-issue Brexit Party. As such he is the face of the danger currently facing Johnson´s Conservative Party, with his Brexit Party winning a stunning 30% of the MEP election vote and claiming 29 of 74 seats in the European Parliament. That is a staggering result for a party that was only 5 months old. Since it came at the enormous expense of the mainstream parties it is a clear warning to the Conservatives. If that result were to be replicated in the general elections, Boris would find himself out of a job and the 185-year-old Conservative Party in danger of irrelevance. All of this is thanks to the one-note Brexit Party

Unlike his predecessor Theresa May, Boris Johnson does not seem to be in danger of making the mistake of further delay. Johnson is far more likely to slip up on Charybdis of soft Brexiteers and Remain opposition than he is against the Scylla of hard Brexiteers that felled May. With the October 31st date looming everyone is on the clock. Johnson is rushing to rearrange a deal with Brussels amidst mixed signals from European leaders. Angela Merkel of Germany seemed more amenable to renegotiation, suggesting a timeline of thirty days, whereas Macron of France was dismissive.

Those opposed to a no-deal within the UK are in panic mode as they desperately search for the brake on Johnson’s Brexit train. Jeremy Corbyn of the Labour Party suggested a vote of no-confidence to force Johnson to resign and to call for new elections. Jo Swinson of the Liberal Democrats suggested forming an emergency government headed by senior Tory Ken Clarke and senior Labour Harriet Harman. Some have even suggested revoking the legal basis for Brexit: Article 50, effectively annulling the results of the referendum.

But none of that might be possible now. Boris Johnson has just decided to recall Parliament from mid-September until October 14th. This prorogation, which is the technical term for the end of a current parliamentary session, is overdue after the longest parliamentary session in roughly 400 years. This has been incredibly controversial because of how long this break will last. Five weeks. This motion takes several weeks off the clock for any parliamentary Remain initiatives to stop Brexit. Reactions have been strong, ranging from disgust to fury. Jeremy Corbyn labeled the move ‘a smash and grab against our democracy’ in a tweet, with others such as Scottish National Party leader Nicola Sturgeon voicing similar concerns. Even some Conservative members are deeply unhappy with Johnson´s pushes to Brexit on his own terms with Scottish Conservative Leader Ruth Davidson “likely to quit” according to the Guardian. Davidson is one of several Conservative members uncomfortable with Johnson´s hardline stance on Brexit.

Whether it is even possible to rally a majority behind some form of Brexit, be it hard, soft or no-deal remains unclear. Yet one thing is still certain in this one-note political arena. Everything hinges on Brexit. It is very likely that Boris Johnson will be able to deliver some form of Brexit backed by the power of prorogation and the looming October 31st deadline. After that? The results depend on what sort of deal – or lack thereof, Johnson forges. Even then, the future remains uncertain for the Prime Minister, his government and the United Kingdom at large. The ball is in your court, Mr. Johnson.

[William Southworth is a senior undergrad at Concordia College conducting research on EU internal immigration and comparative analysis of UK parliamentary politics. He is also working with the Chamber of Commerce and Industry Lüneburg-Wolfsburg as a consultant intern with the External Economy Department.]