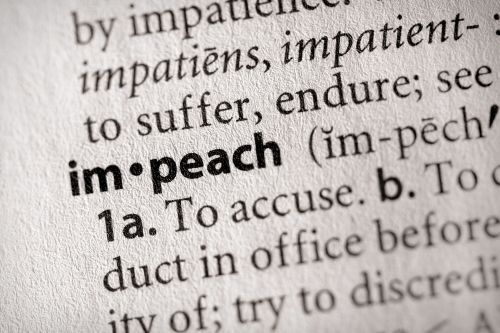 "Dostoevsky’s nightmare vision of the surrender of inner freedom for untroubled security was…a predecessor of the literary genre of dystopia, represented by such works as…Aldous Huxley’s Brave New World, and George Orwell’s 1984. The motif of deception—the Grand Inquisitor’s pretense to speak in the name of the true Christ—is closer to the Communist model (than to the Fascist version of 20th Century totalitarianism)". – Joseph Frank

"Narcissists love being loved. Or hated. Other people’s fear confirms and inflates their self-image. What they find insulting is to be ignored or belittled". - Jo Nesbø

"The evidence clearly shows that [Ulysses S. Grant] created the most auspicious record on racial equality and civil rights of any president from Lincoln to Lyndon B. Johnson". – Sean Wilentz/Ron Chernow

As a professional historian I find it satisfying, but daunting, that a Correspondents Dinner in Washington would turn to President Ulysses Grant’s biographer, Ron Chernow, rather than to a comedian for their annual “Roast.”

(President) Donald Trump neither was, nor is, a joke, although the indictment of laughter is almost as worthwhile as the legal variety. On the weekend of the Correspondents Dinner, his dread disease of cowardice, mixed with bravado, had him leading another “hate the media” rally in Green Bay, WI, rather than take on journalistic heat that real Presidents like U.S. Grant, or Barack Obama, could handle. In Joe McCarthy’s old stomping ground Trump can enjoy the company of fellow cowards who would “Make America White Again.” All this for the sake of prejudice, profit, and, most of all, the need to escape Milan Kundera’s “unbearable lightness of being:” responsibility for ones freedom, accountability for ones behavior, reasoned tolerance of people and things that are different, but harmless, and fear of taking on powerful and cynical folks who really are dangerous.

The “MAWA Brotherhood” is no longer as much in the majority as it was when General (President) Grant dared to deal with its most violent exponents, General Robert E. Lee included, but it still has many members. Many are silent, except at the polls. Many are female. Its violent advocates no longer hide behind KKK hoods, just delusions. They arm themselves with propaganda and weaponry from the group of cowards comprising the leadership of the National Rifle Association, and their big brother buddy from the former Soviet Union, Vladimir Putin.

President Putin is a different kind of coward; not physical, but from the tradition of moral cowardice revealed in Russian history by Fyodor Dostoevsky’s Grand Inquisitor; a pathological fear of freedom and its uncertainties. Fortunately, my KGB canine friends arrived on yet another snowy April day in North Dakota to bark out some freethinking on these depressing topics.

High Plains Reader: Hello friends! Have you been following the 400pp (Special Counsel Robert) Mueller Report as much as I? I have sent for my copy, redacted or not. It is already a best seller, even before its official public release.

Putin: You can only hope that folks will read it as carefully as (msnbc’s) Rachel Maddow and (House Oversight Committee’s Chairman [D-MD]) Elijah Cummings do. (Attorney General) William Barr has already put out the “Mueller Report for Dummies” version. It is four pages long.

Rasputin: Four pages could be too much for your President Trump, but after what he saw and heard on FOX News from Judge Napolitano about his multiple counts of culpability for obstruction of justice, he might not want to try even that.

HPR: If Mueller’s report really is a “blueprint for impeachment,” do you think (House Speaker [D-CA]) Nancy Pelosi’s Democrats have the courage to go there?

Kim Dog Un: Of course they do! House Democrats and Adam Schiff (D-CA) showed they could take it when they were in the minority, under Devin Nuñes (R-CA) as Chairman of the Intelligence Committee and Trump’s chief errand boy as purveyor of classified information. Now that Congressman Schiff is Chair, he will show he can dish it out; too slowly for an impatient media perhaps, but all too painfully for Republicans, and just about right for Americans too busy surviving Trump’s nihilistic agenda to take in bad news in more than small doses.

Chicago Dog: Don’t forget that the first obligation of a Legislature is, not to enact laws or do something as drastic as impeachment, but to hear people’s genuine, day- to-day, grievances. These voices have been stifled by haters and smooth operators who dominated under Republican Tea Party politics from 2011-2019.

Señor Perro: Is that why AOC (Congresswoman Alexandria Ocasio-Cortez [D-NY]) is so terrifying to old school lobbyists and politicians?

Lena: Of course! AOC is an economics major. Her questioning of smug old farts that Trump trots before her Committee is focused and brilliant. And she has plenty of company. Congresswoman Ilhan Omar (D-MN) is well informed on the history and politics of the Middle East. Congresswoman Katie Porter (D-CA) is an expert on finance. Congresswoman Lauren Underwood (D-IL) specializes in health care.

Putin: These Congresswomen also have white, male allies who wish to make America’s complexion “fair” again in the sense of liberty and justice for all, not in the sense of skin color. Ways and Means Committee Chair Richard Neal (D-MA) will eventually tease out many of Trump’s tax dodges. The Judiciary Committee’s Chair, Jerry Nadler (D-NY), also has the iron will, and cast iron stomach lining that is required for following Mueller’s blueprint to its logical conclusion.

Rasputin: According to the Dictionary, “to impeach” has at least three meanings: 1.) to charge (a public official) before an authorized tribunal with misconduct in office; 2.) to challenge the credibility or validity of; and 3.) to remove from public office for misconduct.

HPR: But the House of Representatives only has the authority to do the first two of those. It is the Senate that would have to carry out the third--Mitch McConnell’s (R-KY) Republican Senate, as Congress is now constituted.

Chicago Dog: Correct! Speaker Pelosi knows this, of course. That means that if the House Democrats produce enough evidence of true “High Crimes and Misdemeanors” in their part of the impeachment process, in, say, the duration of 2019, it will be the obvious responsibility of the Republican dominated Senate in 2020, a Presidential election year, to follow up on a damning House indictment.

Lena: It would not be fair to say that, just because she is a woman, Speaker Pelosi is an expert on slow cooking as opposed to a rapid boil. There are plenty of men who know the difference as well.

Chicago Dog: That’s right. Nancy is putting the crackpot into a crockpot.