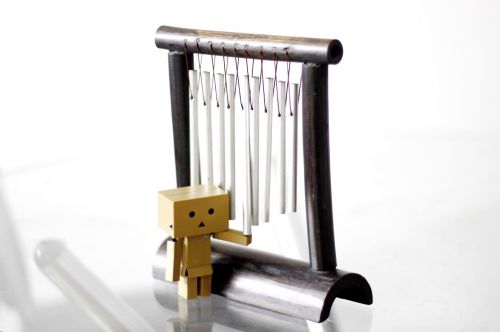 Doom chimes all around us and I feel a greedy sense of relief understanding the real possibility I will be here when it all ends. What greater gift than to be a part of the very last chapter of humanity? The only question is, how exactly will we come to pass?

Will we burn as they are in Australia? Will we drown or be swept away by tidal waves like small, Oceanic islands and litter the deep seafloor like several oily Atlantis? Will it be climate at all? Or will mounting tensions eventually be shattered by war, and with it famine and plague and all other apocalyptic and definitely Capitalist horsemen? The benign and moralist Christian American is fond of platitudes such as, “Money is the root of all evil,” but turn around and defend this system whose very foundation rests on the human’s desire for money. Death by irony!

What better end, then, than facing the consequences of our reckless negligence and hypocritical complacency? Does anyone truly believe that we’ll last until the Sun explodes? That we’ll ever settle our differences globally and develop a sophisticated means out of this galaxy before we deplete its resources? These are inevitabilities, you know.

Hope is being snuffed out while I eat cheeseburgers and I feel nothing. Occasional pangs of anger when I read about [Insert Daily Atrocity Here] fade as quickly as they come because tragedy is so regular. As of writing this, the Prime Minister of Australia, which is quite literally on fire and facing record heat after record heat, is hanging out in Hawaii. Fourteen protestors have died in India in three days and the police have banned public gatherings. Our President’s Twitter is an inexcusable, maniacal pigsty following his impeachment in the House.

Grown cowards are bullying a 16-year-old from the safety of their keyboards for daring to say, “Hey, maybe on the topic of climate change, we should listen to the scientists who have devoted decades of their lives to researching climate instead of politicians whose donations include large sums from entities including, but not limited to, oil and coal companies.”

There are loving people around me who would tell me to Have Faith! But how? Have you taken a look around? It’s too late to believe the systems in place will fix our totally-out-of-hand problems that are now literally destroying this planet environmentally, politically, and economically. Gutless centrist compromise has allowed the status quo to sunder us like a cancer and people still believe we just need to Have Faith!

Allow my magnificent Thoughts and Prayers to extinguish your existential doubt, you naive little boy! For it is God’s Will that Australia burns and children are denied lunches in America! Have Faith!Nothing short of the total and hasty overhaul will accomplish anything. There’s one candidate in this stagnant pool of mutant tadpoles who can maybe save us from drowning in their swamp and set us on a path of reconstruction, but he’s played off as a radical Leftist despite being only somewhat left-of-center himself. This is where centrism has gotten us - to the point of believing candidates like Pete Buttigieg belong to the Left when they are as demonstrably right-of-center and bought out like everyone else.

So is this the end? Am I really going to be so privileged as to be one of the last humans alive? It’s a real possibility if we don’t do something fast and, ashamedly, I find it somewhat exciting. But I’m just a bystander with little direction, so what can I do? Where are those militants that are supposed to motivate us into action? And what is the action? Are they all nihilistically eating cheeseburgers like me, defeated? Doomed to enjoy these last few bites, er, decades prior to our collapse? Where are the motivators and inspiring leaders and why haven’t they reached us? It’s not supposed to be people like me, is it?