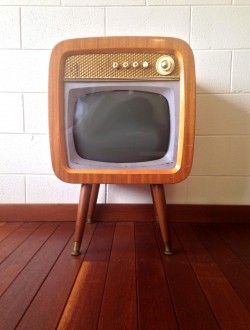 When I pondered the idea of writing a political opinion piece my brain flooded with passion but also the fear of angry mobs. Being someone who challenges the status quo in a state filled with generational bias is similar to not understanding what the fuss is behind twerking or Snapchat. You aren’t in on the big party.

With the campaign already prematurely in full swing we are all probably sick of the constant pointless updates on every little thing. CNN is on its way to having breaking news if Hillary gets a new pantsuit and wore it in Arkansas. The process of becoming president has turned into some poorly written reality show that plays on truTV at 2:30 a.m. when you’re awake and have no idea why and start to question your life.

For me it's not about political ideologies or showing whose parents raised them better. It's about improving the lives of Americans as a whole, not any specific groups. All political parties are filled with corruption and bad eggs. If you don't agree you should find time to actually look up instances of unlawful and immoral situations on both sides of the aisle. Nothing in life is black and white; there are always exceptions in every preconceived notion.

settlers of this country … and there is absolutely nothing wrong with that. Anything else would be a mild dose of communism. We all have an equal shot of success from birth. If you call yourself a strong Christian you should welcome these people with open arms and hope they do succeed and get that job that pays exponentially more than the work they did back home.

As far as global warming is concerned, I completely understand how it's easy to brush it off and lean toward spending less money in the hopes of somehow digging ourselves out of this grave of a deficit.

Even if there is a minimal chance this could drastically change the makeup of our world forever wouldn't you want to play it safe and do whatever you can to ensure future generations have the superb quality of life we are all given access to in the modern world? Yes, cutting down on petroleum consumption would flip the American economy on its head for a while. But change is good. The process of harnessing fossil fuels is largely mechanized and expensive. Wind and solar methods are significantly more labor intensive and switching over would provide job opportunities for generations to come. We should all view the Earth as a child we want to support and watch succeed. Please take care of it.

The most intensely debated subject in this state is the pro-life, pro-choice conversation. The one thing that makes my blood boil is those who choose to say being pro-choice is being pro-baby killing. It's about women's sovereignty over their bodies. If a woman is raped, or if her own life is at risk no person has any right to tell her how to handle that situation. Of course the idea of losing a life is extremely difficult and sad to any person with any humanity in their blood. You must realize we do not live in a utopian society where sunflowers and daisies grow out of the walls. Roe v. Wade was 42 years ago. We set up the judicial system to handle these issues. That is the American way. In fact it is incredibly American.

Women having the right to vote, African Americans being equal citizens and even Galileo suggesting the Earth was not the center of the Earth have all been major accomplishments in our history that were astronomically controversial in their time. Don’t be the person who condemns same-sex marriage only because you don’t know how to handle something you don’t understand. Don’t be part of another future page on the textbooks about American history that shows where we screwed up and embarrassed ourselves.

This is not an opinion piece striving to persuade you to switch parties. This is not a condescending shove at what you were raised to believe is the only truth. This is a heartfelt suggestion to educate yourself on all aspects of the candidates. Write them down without including the party they swore oath to. Make a list of the pros and cons of each, and ask yourself, truly ask yourself, if what they believe in is the morally right choice or the easy one.

Love your neighbor. Don't judge a person for speaking their mind, which may be against the popular consensus of your region. Going against the grain of what's expected has seeded this world with discovery and understanding.