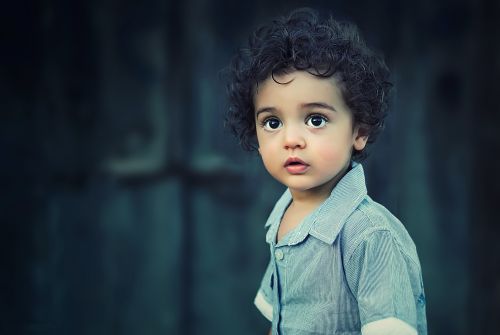 It teaches two important lessons. First, whether children maintain meaningful relationships with both parents, post-divorce is mostly a question of which judge decides the case.

Second, North Dakotans need to take with a huge grain of salt what family lawyers and the State Bar Association of North Dakota (SBAND) say about child custody in the state.

LW4SP asked the Administrator of the Courts for data on all custody cases decided from January 1, 2011 to September 11, 2017. The results are astonishing.

Despite all reputable social science showing equal or near-equal parenting being best for kids, North Dakota judges still routinely sideline one parent (usually the father) in the lives of their children. Plus, the outcome of a custody case depends less on the parents than on the judge.

Parents are far more likely than judges to agree to shared parenting, doing so in 36.7% of stipulated cases.

Nothing explains the extreme differences between judges except the judge him/herself. North Dakota is demographically homogeneous. The state is over 92% white, median incomes by county are in a tight range ($60,000 to $71,000) and about 90% of adults have a high school diploma or better.

Studies done in other parts of the country strongly indicate an anti-father bias among family court judges, some of whom candidly admit that they never give custody to a father.

Sadly, that same bias seems to be alive and well in North Dakota. Judges gave primary custody to fathers just 15.3% of the time.

LW4SP’s data demonstrate a deeply troubling tendency among SBAND and various family lawyers – they haven’t been telling North Dakotans the truth about the child custody system.

For example, in April of this year, four family attorneys penned an op-ed for the Grand Forks Herald claiming “there is not ‘strident opposition’ to shared parenting among family lawyers.” But emails discovered in a lawsuit against SBAND revealed that one of the authors of the op-ed had, just two months previously, voiced unequivocal opposition to shared parenting, apparently on behalf of the family law bar.

Another family lawyer reassured North Dakotans that “in recent years, ‘shared residential responsibility’ has become more common.” And yet the data uncovered by LW4SP demonstrate the opposite to be occurring. The rate of shared parenting is actually declining.

That same lawyer claimed, back in 2014 when Measure 6 was on the ballot seeking to establish a presumption of shared parenting, that “[proponents of Measure 6] consistently cite flawed and unverified claims about a bias in the system against fathers.”

Again, he misled the people of North Dakota, as LW4SP’s data show judges ordering fathers to be primary caregivers in only 15.3% of their cases. That’s even lower than the national average of 17.8%, as found by the U.S. Census Bureau.

That very bias was frankly admitted in August of 2014 by one of the same authors of the original Grand Forks Herald op-ed who said, “Gender issues are alive and well and young moms can do pretty well at shutting dads out.”

The reason for the lawyers’ opposition to shared parenting is clear. It tends to decrease conflict between parents, both during divorce and after. Conflict of course is good for lawyers’ bank accounts, since it means more motions to file and more hearings to attend.

Shared parenting has been shown to benefit children, fathers and mothers alike. The only ones it doesn’t benefit are the lawyers. It’s past time for North Dakota’s family lawyers to set their own interests aside for the sake of the public good and back shared parenting legislation. It’s also time they started telling the truth.

[Editor’s Note: Robert Franklin serves on the board of directors of the National Parents Organization. He’s also an attorney.]