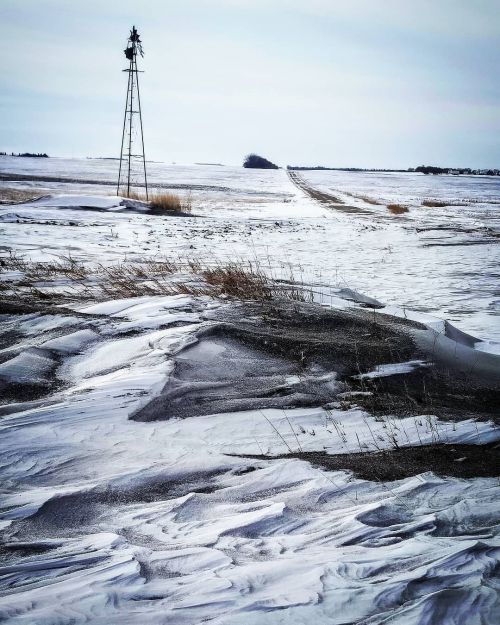 When I think about grandmothers, I think of a kindly woman with a plate of cookies in an old fashioned kitchen, but I’m not sure why. For my grandmother, none of this was even remotely true.

Except for the cookies. There were always cookies. Sometimes they even had sugar… but that’s another story.

My grandmother lived on a farm in Eastern Montana. She was small but tough, that ornery kind of tough that makes those around her nervous, and big men who found her disfavor would avoid her on the street. In most everything, she did as she pleased and took no grief from anyone. Unsurprisingly, she had a contentious relationship with my grandfather, but… she had a rather contentious relationship with everyone, including my family.

Though we adored each other, I’ve always known that she was never an easy person to get along with or to love. But she was tough, and like most of us, I have an admiration for toughness.

But then my grandfather died, and she was left on that lonely farm by herself. And she changed. Maybe it was her insecurities leaking out, or maybe this was just who she had always been behind her brave face to the world, but change she did.

She began reading about break-ins in the papers and hearing crime statistics on the evening news. Even though she lived in the remotest part of Montana, she was certain bad people were coming and had new locks and bars installed for every door and invested in a full security system. Though she loathed them, she even got out grandfather’s guns.

My grandmother turned her house into a fortress, but despite that, her terror multiplied every day… complete and unreasoning.

Within a month, she had spent several nights crying on the floor behind her door, pistol in hand because the wind set off the security alarm. She was terrified and her fear crushed her. It made her small. An iron-hard woman who could take on the world and conquer everything in her path was reduced to a shadow of her former self.

And that’s how I am beginning to see North Dakota. With events surrounding potential new refugees in the last week, I can’t help but be reminded how small we’ve become due to the fear we’ve stoked in our own hearts. Fear against refugees. Fear against differences. Fear against change.

Like my grandmother, North Dakota used to be tough. We could take on the world, and we did. We were like an oak in the storm. We might be ugly, and we might be mean, but we stood, and standing alone was a virtue.

Also like grandmother, we also have done things in our past that we should not hold with pride. We’ve been racist. We’ve been petty. We’ve been cruel. But we took on all comers and stood fast against the storms of the world.

Like grandma, we may not have been easy to get along with, but we were tough… until recently.

Anyone following the comments on various Facebook pages that last week has to be disappointed with our state. The meanness and heartlessness of those who profess to be Christian have been difficult to accept. How could we have sunk so low?

It’s sadly ironic that after a long history of taking in hundreds of thousands of immigrants and economic refugees from across dozens of nations, we quell in fear at the idea of adding a few more. As a people and a state, we are becoming shadows of our ancestors, tiny compared to them.

The arguments against refugees that don’t use outright racism use an economic argument. How can we afford to pay for it all? After all, we have a homeless problem, a drug problem, and veterans who are not cared for. Oh, and the need to do more for our Native population… ironically much of this from the same people who would have happily walled off the Standing Rock Reservation during the No DAPL movement.

My god, Yes! Let's do more to help our homeless population. Anything is more than the next to nothing we do now. Let’s provide more services for our veterans and give them what they need. And for Indigenous folk? How about we start with a fair voting system that accepts Tribal ID’s to give everyone actual representation in our legislature and then move forward from there.

Do the residents of Burleigh County actually believe that the resources to give 25 refugees a start at a new life is standing in the way of all of that?

If they are so concerned about a lack of resources, I need to ask where they were when the legislature lowered the Oil Extraction tax in 2015 from 6.5 to 5% and justified it by saying we needed to remove a dangerous tax trigger, an excuse as thin as paint. Where was everyone when different legislators tried to raise the rate back to its former rate this spring? The room was nearly empty.

We could have afforded a lot for vets, homeless and indigenous folk with that money still coming in, and still had enough for refugees… and education… and struggling families… and so much more. Instead Harold Hamm and others made a lot more money.

But let’s put that aside. Our current North Dakota reality could accept many times the number of refugees than what we are facing. Across North Dakota, there are tens of thousands of jobs that remain unfilled. Businesses can’t get workers, services aren’t getting done and potential wealth remains untapped. The idea that we couldn’t find a place for a thousand potential workers is absurd. Even without English language skills, North Dakota could put that many to work next month. The jobs are here and our economy needs people.

Fear-mongers have cited the difficulty that schools and social services will have. Really? The last numbers that I had heard for Burleigh county, the county putting up the most resistance, was 25 refugees. Twenty-five!

In a town like New Salem, this may be quite a bit, but in Bismarck? Come on. There are likely several times that number absent from school on any given day.

The fear isn’t economic no matter what many claim. The fear is cultural and racial. Before posts are deleted, the comments fill with references to Minnesota Mogadishu, non-assimilating cultures, chain migration, Sharia Law and, honest to god, white genocide. Yesterday, on the Bismarck People Reporting News Facebook page, a woman publicly and proudly proclaimed her tolerance by saying she would allow any immigrants in the state… except for Muslims. When it was put forth that the refugees may be from the Congo, the conversation then turned to the dangers of Ebola.

Any excuse seems to be a valid excuse, no matter how contrived.

As with so much in America today, facts don’t matter anymore, from the actual crime statistics of refugees to the value they bring to the state. Only our fear matters, and it has overwhelmed all other debates.

Though on Monday the Burleigh County Commission did consent to allow the resettlement of refugees, it was only by a 3:2 margin. The commissioners voting “No” claimed a lack of knowledge on resettlements impacts… as if the issue just came up… We’ve been settling refugees in the area for decades and the discussion has raged since the legislature tried to create a study on only the negative impacts of refugees, and two of the commissioners were still ignorant?

They knew this was an issue, why wasn’t a county commissioner putting together a few rough numbers? Brian Bitner has been a county commissioner for a decade and he remains this ignorant of the entire program? What has he been doing? True to form, Mayor Bakken claimed ignorance of any facts and waved his hands in the air in an apparent attempt to stay ahead of the fear that got him elected.

If, as they claim, many officials didn’t notice the program before, how big of an effect could it have?

But more so, how did a constant level of willful ignorance in our government become the excuse for everything? Officials used to try to hide their ignorance, but now it’s proudly held in front of them as a shield. How is this responsible leadership?

At least Mark Armstrong, a man who I disagree with on a great many issues, stood on the faith he professes and voted in favor. That is admirable.

We all have to face the truth of the online posts and many comments in the Monday hearing. We have to acknowledge how fearful we’ve become, how cowed and how small. We are now terrified of the illusions and shadows that we ourselves have painted on our walls.

It’s nearly 2020 and here we are; crying in fear behind our doors, pistols in hand… terrified of the darkness…

A darkness of our own making.