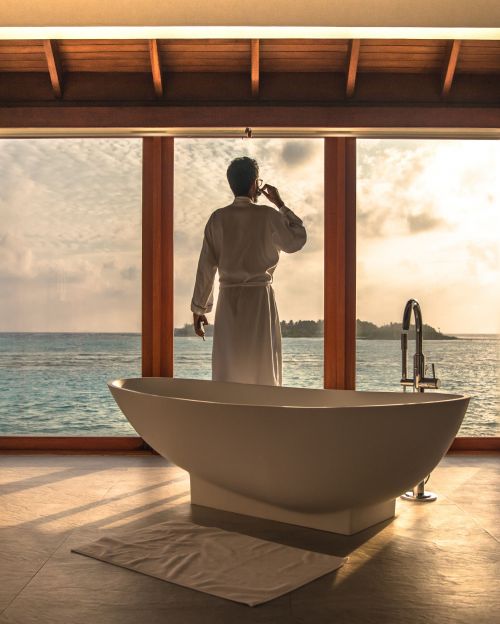 In 2017, Sociology Professor Rachel Sherman wrote “Uneasy Street: The Anxiety of Affluence,” a book which drew from 50 in-depth interviews with uber-wealthy New Yorkers in order to obtain a picture of just how they perceived their status.

Sherman found that her interviewees, all in the top 1-2 percent of income or wealth or both, had thoroughly imbibed the narrative of meritocracy to rationalize their affluence and immense privileges. That is, they believed they deserved all their money because of hard work and individual effort.

Most identified themselves as socially and political liberal and took pains to distinguish themselves from “bad” rich people who flaunt their wealth. Although one unselfconsciously acknowledged “I used to say I was going to be a revolutionary but then I had my first massage.”

One striking characteristic was that these folks never talk about money and obsess over the “stigma of privilege.” One typical respondent whose wealth exceeded $50 million told Sherman, “There’s nobody who knows how much money we spend. You’re the only person I’ve ever said the numbers to out loud.”

Another couple who had inherited $50 million and lived in a penthouse had the post office change their mailing address to the floor number, because PH sounded “elite and snobby.”

Another common trait was removing the price tags from items entering the house so the housekeeper and staff didn’t see them. As if the nanny didn’t know...

Her subjects (who remained anonymous) readily acknowledged being extremely advantaged but remained “good people, normal people,” who work hard, are careful about ostentatious consumption, and above all, “give back.” They spend considerable time trying to legitimate inequality and Sherman concludes they’ve largely succeeded in feeling “morally worthy.”

As a follow-up to this study, Prof. Sherman has been conducting similar in-depth interviews with young people whose parents or ancestors accumulated sizable fortunes, wealth they now have or will soon inherit. Sherman’s recent piece, “The Rich Kid Revolution,” (The New York Times, 4/28/19) reveals a stark contrast in self-perception from her earlier findings.

First, her interviewees totally “get” the lie of meritocracy as they ruefully skewer family myths about individual effort, scrimping and saving and the origins of wealth. One young woman who’s in line to inherit a considerable fortune told Sherman, “My dad has always been a CEO, and it was clear to me that he spent a lot of time at work, but it has never been clear to me that he worked a lot harder than a domestic worker, for example. I will never believe that.”

Sherman discovered that whether the immense fortunes came from “the direct dispossession of indigenous people, enslavement of African-Americans, production of fossil fuels or obvious exploitation of workers, they often express especially acute guilt.” One response has been that some wealthy people under age 35 have formed organizations to fund social justice initiatives.

Second, many of her respondents have read about racialized capitalism and harbor no illusions about their own success. From access to the “right” schools and acquiring cultural capital to social networking and good, high-paying jobs, they readily acknowledged that it’s all derived from their class (and race) privilege.

Third, they are convinced the economic system is “immoral,” equality of opportunity does not exist and their wealth and privileges are absolutely “unearned.”

Finally, they grasp, often from personal observation, that traditional philanthropy is primarily about keeping those at the top in place, obtaining generous tax breaks and treating symptoms while ignoring the causes rooted in the very social structures from which they benefit.

Beyond the article’s hyperbolic title and a certain vagueness about where this new consciousness may lead, the piece — whether intentionally or not — does raise issues that demand much wider public discussion.

First, a note about philanthro-capitalism or as Peter Buffet (Warren Buffet’s son) terms it, “conscience laundering.” In Chris Rock’s pithy phrase, “Behind every fortune is a great crime” and given what we know about the sources of great wealth —the collectivity— these monies should be supporting public needs that are democratically determined -- not the cherry-picked, pet projects of billionaires.

And this reveals another motive behind private charity: the desire to stifle any enthusiasm for an activist government responsible to the public will.

I should add that whenever I hear a philanthropist piously proclaim, “I just wanted to give something back,” my first impulse is to shout “Why not give it all back?” That is, I’ve always been partial to the moral injunction, “For unto whomsoever much is given, of him shall much be required.” (Luke 12:48) And although I won’t attempt to improve on scripture, I might suggest “From whom much was taken, much is owed.”

Second, one might ask about the case where a person of modest means succeeds at something and accumulates a fortune. We’ve all heard or read ad infinitum, someone exclaim “Damn it! Nobody ever handed me anything. I did it all on my own. I’m entirely self-made.”

Isn’t that evidence of individual merit? No.

For starters, as Chuck Collins, heir to the Oscar Mayer fortune, once put it, “Where would wealthy entrepreneurs be without taxpayer investments in the internet, transportation, public education, the legal system, the human genome project and so on?” Herbert Simon, a Nobel Prize winner in Economics, has calculated the societal contribution at ninety percent of what people earn in Northwest Europe and the United States.

In addition to the sources mentioned above, just off the top of my head I can list many other factors that belie this powerfully seductive but wholly fictional narrative, one that’s also touted to and embraced by many members of the working class: child labor, Chinese and Irish immigrant labor (railroads), eminent domain, massacres of striking workers, state repression of unions, the Immigration Act of 1864, public land grabs, corporate welfare, installing foreign dictators to guarantee cheap labor and resources, inheritance laws, public schools and universities, public expense mail systems, property and contract laws, government tax breaks incentives to business, the Securities and Exchange Commission to ensure trust in the stock market, the U.S. military, and a police state to keep the rabble from picking up pitchforks. Another factor that almost merits its own paragraphs is pure luck. By any objective criteria, we can conclude that absent this arrangement there would be no accumulation of private wealth.

Finally, meritocracy is the classic American foundation myth and provides the basis for an entire array of other fairy tales. Foremost, this illusion serves to justify policies that foster economic inequality and hinder the development of social movements. After so many decades of neoliberal ideology, this lie is now firmly lodged in the public’s collective consciousness. But I’m convinced that with effort and relying on the evidence, it can be expunged.