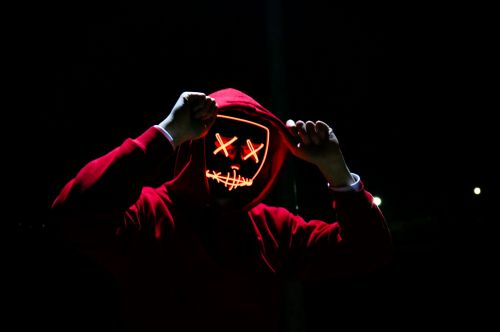 Woman is born free and lives equal to man in her rights…The purpose of any political association is the conservation of the natural and imprescriptible rights of woman and man; these rights are liberty, property, security, and especially resistance to oppression.
– Olympe de Gouges, Declaration of the Rights of Woman and the Female Citizen, 1791

Our constitution is color-blind, and neither knows nor tolerates classes among citizens.
– From the dissenting opinion of Justice John Marshall Harlan in Plessy v. Ferguson, 1896

If we are to avoid anti-Semitism, we need to know something about its origins in Christian history. Why has anti-Semitism been part of Christian life since the earliest days of the church?
– Cardinal Joseph Bernardin, 4/21/1995

National Socialism was a purification ritual for millions drawn to its banners. It rendered respectable the public indulgence of private hatreds, as well as the moral and physical obliteration of one’s chosen enemies…Nazi propagandists used the party-and state- propaganda apparatus to control the mass media…The Nazis appealed to the highest German values and perverted them. They used the lowest instincts of an unhappy nation, and built a successful campaign based upon ‘idealism’ and hatred.
– Robert Herzstein, The War That Hitler Won: Goebbels and the Nazi Media Campaign

As much as I might want to believe, with Vice President Joe Biden, that today’s Republicans in Congress are capable of compromise with Democrats in the national interest, the behavior of Senate Majority Leader Mitch McConnell’s Republicans and his House Tea Party collaborators since 2010, suggests otherwise.

Racism, Sexism, and Religious Bigotry are triple threats used throughout history by the 1 percent to control the rest of us: touting hatred over tolerance. Their deadliest ally has often been Indifference: chosen by those who just stand by and fail to imagine that, at some point, they may also become victims. Such is no longer the case in American communities in Pennsylvania and Ohio that voted twice for Barack Obama as President, and then for Donald Trump.

don’t resent a face of democracy that is black, like Barack Obama, or even female, like (Secretary of State) Hillary Clinton, Senator Elizabeth Warren (D-MA), or (gasp!) Congresswoman Alexandria Ocasio-Cortez (D-NY). What they resent most is an elitism that dismisses their concerns out of hand. They have not been wrong to think this about most Republican and some Democratic leaders, and may soon add Donald Trump to the list. To their credit, Chris Matthews, and a growing number of his eastern media colleagues, are beginning to recognize this.

The 1 percent have not always been “white,” but they have almost always been male. What they have had in common in the past, present, and, if we don’t wake up, also in the future, is the tacit understanding of two truths. One, that their extreme wealth and power is impossible without relative poverty and powerlessness among the vast majority of their fellow humans, and secondly, that their power depends upon the willingness of those below them to become or remain indifferent to their fellow man and woman. “To care or not to care,” is the political and moral dilemma that must accompany Shakespeare’s “To be or not to be,” if the 1 percent of U.S. citizens are not to continue to control the heights of American power and wealth in 2020 as they did 100 years ago, shortly before the Great Depression provided its own unique form of leveling. Fortunately, my KGB canine companions have been sniffing out some answers for me over the past year.

High Plains Reader: Why is it that Trump supporter at a town hall in Dayton, OH, is still referring to Tea Party “Benghazi” investigations into Hillary Clinton?

Putin: Perhaps hating a past Hillary is preferable in 2019 to loving a present President Trump who is being exposed, from his own mouth, as well as by documented evidence, as a Russian asset.

Rasputin: Not to mention Mitch McConnell, whose support of Trump and his love of dictators, makes the Senate Majority Leader more of an asset for Russian, Chinese, North Korean, and Saudi interests, than for 9/11 First Responders and their defense of American democracy.

Lena: I notice that on June 18, Mitch preferred to chide Democrats for discussing reparations for descendants of slaves rather than advance a unanimous House Bill to make up for 18 years of neglect of Ground Zero heroes.

Kim Dog Un: Rational manipulation of emotions, justified or unjustified, is a hallmark of all dictatorships, and the Nazis were unfortunately quite adept at it.

Joseph Goebbels would no doubt be proud that Senator McConnell delivered a racist message into the midst of the Democratic Primary season with a smirk instead of a swastika.

HPR: No doubt, but Mitch did quietly sneak through the bill that empowers our civil servants to engage in cyber counter espionage against the Russian power grid, in spite of President Blabbermouth.

Putin: Even Mitch’s precious 1% is affected by a Russian attack on the American power grid. Wall Street and Country Club votes were his for the asking.

Señor Perro: Since Mitch McConnell cares so little about the fate of 9/11 First Responders in his self-righteous denunciation of their advocate, Jon Stewart, it is little wonder that he ignores President Trump’s encouragement of human rights abuses on your Mexican border.

HPR: The deaths of at least six children in ICE custody, given Trump’s anti-immigrant rhetoric and concentration camp conditions, could open up former Homeland Secretary, Kirstjen Nielsen, to indictment under Article 4, Crimes against humanity, of the Nuremberg Trials of Nazi leadership after World War II, should the U.S. ever manage to lose its war with itself.

Omar Khayyam: And John Bolton’s goading of President Bone Spurs into an unprovoked war with Iran could violate Article 2 of the Nuremberg indictment, Crimes against peace.

HPR: You can bet Trump doesn’t know that.

Chicago Dog: But (Attorney General) William Barr does. Why else would he be investigating the origins of the Mueller inquiry, except to silence civil servants who care more about their oaths to the U.S. Constitution and the rule of law, than he or Mitch McConnell do?

HPR: Actually, with the exception of Congresswoman Barbara Lee (D-CA) and Senator Russ Feingold (D-WI), both parties in Congress are on the on the hook for overreaction in 2001 by authorizing blank check war making powers to Presidents George W. Bush, Barack Obama, and Donald Trump. Any attempts to claw back those powers would have to get past the cynical Mitch who doesn’t really give a damn, as long as oil continues to flow through the Persian Gulf.

Chicago Dog: Our Founding Fathers gave the House of Representatives all the claws they need in their impeachment powers. When Speaker Nancy Pelosi decides to unleash them depends far more on what a critical majority of her elected colleagues think, than the opinions of 24/7 news cycle experts. Congresswoman Katie Porter (D-CA), adding her strong, well-informed voice from a swing district to that of veteran Congresswoman Jan Schakowsky (D-IL), gives their Democratic colleagues, lone Republican Justin Amash from former President Gerald Ford’s Michigan District, and the rest of us cause to believe that the real game of democracy versus dictatorship may soon be on.

Putin: And Mitch would have to choose between his re-election effort in Kentucky in 2020 with an impeached and disgraced President on trial in the Senate, or a President Mike Pence, struggling to avoid Gerald Ford’s defeat by Jimmy Carter after the Watergate debacle.

HPR: Some in the media will be telling us how unfair that would be.

Rasputin: Yes. But others will be telling us how fitting it is.