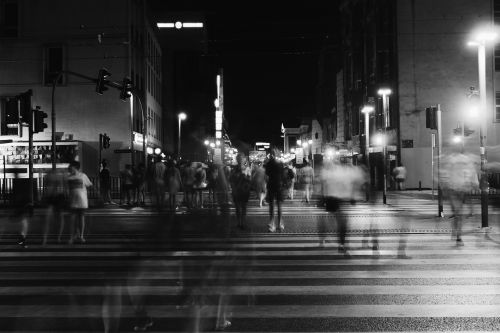 What fugue was this which ferried me from Fall into our now and immediately miserable Winter? Where had I been this entire season? How much time had passed and what had I experienced? What had I learned?

The last time I had written to this publication, it was about unfulfilling and wasted Summers. How fitting it is, then, that Fall was so meaningless itself that I never felt the need to relieve myself on paper the entire period?

But was it so meaningless? Or had my faculties failed to bookmark anything at all, not because of the seasons themselves, but because of a problem that exists within me alone? Or is the world truly this destitute and devoid of purpose that life itself washed over me, naturally? Several questions I have no answer to but can at least examine.

On several occasions, I had considered giving my take on an experience. Live bands and the people who perform in them, a healthy stay in Seattle, airports, weather, Impossible Whoppers, the confounding fact that people enjoy the color orange, Burgum, the presidency - what have you. Countless inspiring topics laid themselves around me, yet the idea of sitting down and writing about them made me tired.

Motions were rote and sluggishly transporting me from home to work to home to Taco Bell to work to home to hazy complicity in what amounted to nothing more than numbing routine. I was settling for this droning emptiness and there seemed to be little I could do to combat it. This was somehow inevitable.

Noticing the patterns of nearly everyone around me, this seemed to be the norm. People totally embracing their routines and carrying out their lives to questionable and definitely boring ends. Was this it? The cycling of the same few days, over and over? Punctuated only by entirely random sources of uncontrollable stress which one overcomes only to return to the doldrum of regularity? More questions.

I’ve never been one for routine. I skirt jobs which pay more and have more benefits in favor of those which offer me a more mutable schedule. Whenever at a bar and a friend plays more than a couple of songs on the jukebox, my heart sinks knowing that we must now be here for at least these few songs, even if I’ve planned on being here regardless. I hate not being the driver of the car. The ability to escape is, for lack of better terms, a virtue of mine.

But the inability to escape is an inherent consequence of the society we’ve all been born into. There are few feasible routes one can take to become conventionally successful and almost all of them depend on economic class, one’s adaptable motivations, and outright luck.

It’s been forced into our minds that our beloved United States are a place of limitless freedom where anyone can make of themselves what they dream. Unfortunately, as a lot of us know well, and many before me have written about extensively, it is simply untrue.

So what do we do? How do we cope? Many of us work for the weekend where we drink. Some do drugs. Some have kids. Others find strange hobbies which scratch the undeniable itch that we’re caught up in something prison-like and hard to explain; finding or even creating purpose where we feel there almost certainly is none. And there’s something to say about that.

It’s up to the individual to find the drive and a sense of accomplishment in the given and bleak. To determine goals and figure out methods to achieve them even when it seems impossible.

To find fulfillment. The satisfactory and warm sense that you, yourself, have done everything you can to brew happiness and are content with the results. The acknowledgment that life is brutally unfair, but at least you have a Thing.

And to understand that no one can figure out or determine your “thing” for you. That it’s possible external experiences cannot give this to you and that it comes from within. To realize that maybe it shouldn’t be this way, but with the current systems in place, it is inevitable.

Which, you can foolishly choose to believe or work to change. Because this is not a sound reality.