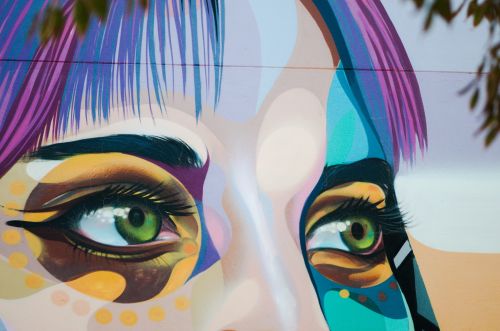 As a registered nurse at Red River Women’s Clinic, I work with the public almost daily. When news of this outbreak first came out, I was worried about my risk for COVID-19 exposure. However, after receiving information from the National Abortion Federation, the CDC, and our medical director my worries were eased. We were given lots of good instruction on how to operate our clinic and reduce the chance of exposure as much as possible.

Then I woke up at 3am sweaty, coughing, with a 103 temp and miserable. The next morning I contacted my director, Tammi Kromenaker, and informed her I was having symptoms and was told to stay home, rest, and try to get a test. I called my healthcare provider at Essentia in Fargo to see if I could get a test ordered, they told me that the tests were being saved for the most at risk populations. This surprised me because I had just watched a press conference with the Trump Administration stating that they were making millions of tests available-- my bad for believing them. We will be suffering the repercussions of the White House deciding NOT to use the WHO tests and developing their own thru the CDC for weeks and months to come.

At this point, with no tests available I was worried about exposing my family. We began isolating within the home, which means lots of handwashing, gloves, masks, and isolating from other family members, this meant I had to avoid my eight month old baby which was impossibly hard.

In the meantime, I was tested for Influenza A and B and continued to wait for a call from Essentia notifying me when tests were available. When it became available, I called the hotline for triaging symptomatic patients for the test and was denied four times throughout the next two days. On day three of my 102-103 degree temperature I called my healthcare provider again and stated that I was still not getting better and I haven’t had a temperature that had lasted that long since I was a child.

I still could not get a test.

I called and updated my director Tammi, as a new full-time employee I am not eligible for PTO yet and had already been gone from work several days. Tammi made the decision to allow me to use my PTO despite it being a bit early to access this benefit. This was such a relief, the stress of possibly being sick with this virus is enough without adding to how our family would’ve paid our bills on top of it all. This, of course, made me think of all the other people who have been affected by this virus and are not given these special considerations.

I was continuing to hear that the only way you would be given a test in Fargo was if you had travelled to an affected area or had specific details about the person who tested positive I had direct exposure to. So, I had resigned to the fact that I would be spending at least a week--maybe two, at home because I didn’t meet these parameters and still couldn’t get a test.

I just didn’t understand why symptoms were enough to send a person home to keep people safe but not enough to warrant a test. By the end of the fourth day my fever had broken but my other symptoms had gotten worse including chills, coughing, fatigue, headache. This was almost disappointing because I knew I certainly wouldn’t get a test if I didn’t have a fever.

The fifth day I was told to go to Urgent Care at Sanford downtown for testing. As I walked in the doors there was a security person and greeter there to screen people as they were coming into the walk-in. I put on a mask, checked in, and sat in the waiting room hopeful they would be calling my name soon and all of this would be over. My name was called and once again I was told there was no test for me at the downtown location. I went home defeated.

On the sixth day, my healthcare provider was able to pull some strings and I was told to head to the ambulance bay at the University location, I was almost denied again because I had an order in the system but hadn’t called the triage line that day before pulling up to the bay. At last, I entered the bay, I was given a piece of paper with information about COVID-19 and how to protect your family and community. My healthcare provider was finally able to order me a test because I am a healthcare provider and they opened up testing to them.

I counted as they did the swab, it literally took eight seconds and it was done. TEST DONE! Now I wait 3-5 days for the results. I can’t work until the results are in, but at least there is an end in sight.