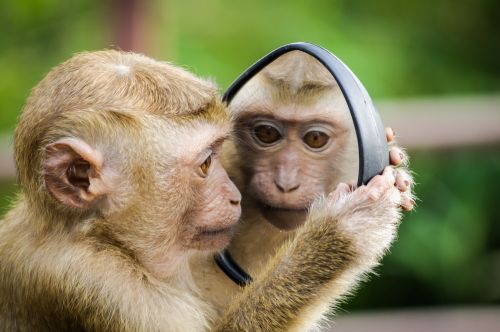 “Rocinante (broken down horse; nag) is Don Quixote’s horse in the novel by Miguel de Cervantes. In many ways, Rocinante is not only Don Quixote's horse, but also his double: like Don Quixote, he is awkward, past his prime, and engaged in a task beyond his capacities.”
– Wikipedia

“All Animals Are Equal – But Some Animals Are More Equal Than Others.”
– George Orwell, 1946

“We store up all sorts of stories with fabricated logic, so that life can look as though it has some meaning.”
– Jo Nesbø, 2015

As our unique American form of free enterprise mass murder continues to work itself out with little relief in sight, I was asked by a close Republican friend, yet unable to admit that he had voted for (President Donald) Trump more out of hatred for Hillary Clinton, than for any other reason, what this country should do about all the violence.

My reply, in part, was that a critical majority of Americans (enough to capture the Presidency, both Houses of Congress, and the highest echelons of the Judiciary) needed to confront, and overcome our brand of racism (half a century of belief in superiority of white people over people of color from the time of Shakespeare; thousands of years of misogyny; the Christian racism of anti-Semitism; and other forms of bigotry based on religious dogma or ancestral hatreds, which targeted denominations like Islam). Otherwise our democratic institutions cannot survive.

He chose not to take the discussion much further, and so I continued it with my wise KGB canine friends, and their expanding animal congregation, upon returning to Mandan from a trip to my children and grandchildren: for whom I tremble should this country not make sound decisions in the immediate future.

High Plains Reader: Hello old friends! I see that you have a horse among you.

HPR: Are you any relation to the original “Rocinante” of Don Quixote fame?

Rocinante: Yes. Have you seen my forbear in the musical play, “Man of La Mancha?”

HPR: Of course. I did always feel badly for the horse, as well as Sancho Panza.

Rocinante: No need to do that. Cervantes gave Sancho many good lines, directed at the unsuspecting reader; just as his contemporary, Shakespeare, did for the Fool in King Lear.

Rasputin: Subtlety is a hallmark of KGB trained animals, canine or equine.

Señor Perro: Deception, torture, misdirection, and misinformation, foxy Fake News specialists like the “Ministry for the Propagation of the Faith,” were a hallmark of the Spanish Inquisition in those days. That’s how Stalin learned many of his crimes against humanity, in the monastery of the Russian Orthodox Church.

Putin: And Vladimir Putin learned criminal tricks from Stalin that he could use on suckers like Donald Trump and their notions of superiority.

Omar Khayyam: Correct. But ordinary creatures with fewer illusions have learned to hide their talents. Broken down nags like Rocinante are just a cover for survival cleverness, common to mixed breed horses, just like mixed breed KGB huskies. We’re smarter than the pure breeds, but they are too stupid to know what to do about us except persecute us if they feel like it, use us if they have to, or ignore us if we’re lucky. The problem is that there are so damn many of them, and the Inquisitors, Stalins, Vladimir Putins, and malefactors of concentrated wealth in our time and place prefer these idiots in power to the smart guys.

HPR: But where does Donald Trump get his notions of white, male, Nordic, purebred genius?

Mr. Swamp Fox: From his daddy, of course. Fred Trump was just another racist in mid 20th Century America, when such thinking and lethal acting out was in the majority, South, North, East and West. Nazi wannabe behavior is in the minority in 2019, but, due to NRA lobbying for automatic weapons, neo-Nazi messages have more bang, and casualties, for the buck.

Rocinante: Trump also seems to be bat sh*t crazy, just like Don Quixote, as well as many Americans who see themselves as white knights in shining armor, rather than as Sancho Panzas, who see the world as it actually is and are just trying to get by. Trump’s racist advisor, Stephen Miller, acts as a magic mirror, to reflect only glory and beauty upon his boss’s sick notions of superiority. And Senator “Moscow Mitch” McConnell (R-KY); Congressman Jim Jordan (R-OH), and Mark Meadows (R-SC) rev up their “Tea Party Taliban” as a shabby substitute for the Republican Party of Abraham Lincoln and Teddy Roosevelt: toxic vines which have consumed a once healthy tree.

Kim Dog Un: Trump acts as a mirror to his “base:” millions of American voters with rather base notions of how they are superior to other Americans in one way or another. And too cowardly to admit that they just might be mistaken about folks who simply look or act different.

HPR: Trump’s “insanity” may be the last refuge for his own cowardice, but he is clearly not alone in his delusions. Male notions of superiority over women, the mothers of us all, have always been insane, but still persist. Notions of white superiority have never made sense in a world that has seen the advancement of science and useful knowledge among people of differing colors. Don’t get me started on religious dogmas!

Rocinante: It is worth remembering that, towards the end of Cervantes’s novel, the villagers impacted by Don Quixote’s outrageous behavior conjured up in the person of “the bachelor Sansón Carrasco,” one onetime “Knight of the Mirrors,” the “Knight of the White Moon,” who unhorses Don Quixote from my ancestor’s back and the delusions of his chivalric madness as well. It could be that Trump’s megalomaniac madness is acting as a mirror to a critical majority of American voters who have heretofore refused to decisively reject racism, misogyny, and a lethal religious prejudice, which also includes a rejection of science.

HPR: Women, young people, and even men, in increasing numbers are demanding that the remaining, sane, political party, the Democrats, intervene in a similar drastic way. Impeachment would be an “unhorsing” of sorts I should think.

Mr. Swamp Fox: Impeaching President Trump won’t be enough. The Democrats will have to electorally impeach vast numbers of the Republican Party in the course of 2019-2020, for any healthy body politic to emerge.

Señor Perro: Don’t forget that his contemporary’s efforts, while achieving a measure of mental sanity in the benighted knight-errant, contributed to the physical demise of Don Quixote.

HPR: So we Americans have to choose between the death of our illusions of superiority of one kind or another, and the death of democracy?

Lena: Yes. As well as choosing between the death of your illusions and the death of a habitable planet for us all.