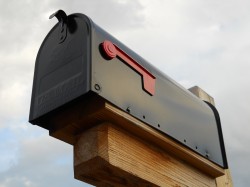 “Why not?” I thought. Why not roll up my sleeves and really try to do something about the oligarchy we find ourselves in, which only seems to get worse by the minute. So I went to the coffee house meeting along with 40 other folks of all ages. We accomplished much that night. I have never volunteered for a campaign and I’ve never been so jazzed in all my life. On June 29, more than 150 people showed up to our first fundraiser. We raised over $400 at Beers for Bernie at Scheels Arena and saw passion and enthusiasm from people of all ages and backgrounds, and we’ve already signed up 145 volunteers!

Bernie has been saying this campaign isn’t about him, it’s about the people, and the people are waking up and fighting back. Bernie has spoken out about income inequality since 1988, marched in LGBT parades in the 1980s and marched with MLK Jr. for civil rights. The people love that he’s walked the walk. The youth are engaged again and will make the difference. I lived in Minnesota when the youth turned out in massive numbers to elect a WWF wrestler for governor. The polls are narrowing in just three months, but more than that I have the best candidate of my lifetime giving it his best shot. This is going to be a great 16 months.