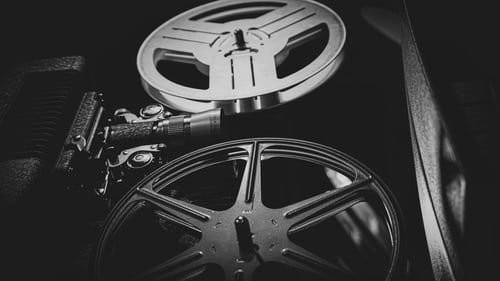 The line is repeated so often that it does an instant, sexist disservice to the band’s greatness: The Go-Go’s were the first group composed entirely of women who wrote their own songs and played their own instruments to climb to the top of the charts. And the next cold fact, cited more than once in Alison Ellwood’s new documentary on the group, rings with the subtext that no matter how good they were, in an industry dominated by men, misogyny, and the gatekeeping of the patriarchy, the band members continue to be judged by their gender: The Go-Go’s have not (yet) been added to the Rock and Roll Hall of Fame. Ellwood’s film, now on Showtime following a January premiere at the Sundance Film Festival, makes the case for their inclusion.

Presented with straightforward diligence, “The Go-Go’s” moves confidently through a chronological account of pop and rock’s oldest plot. The exegesis of the rise-and-fall arc, however, comes courtesy of the participants themselves. All five members of the key lineup -- Charlotte Caffey, Belinda Carlisle, Gina Schock, Kathy Valentine and Jane Wiedlin -- contribute candid and heartfelt onscreen commentary. So much of what they have to say vibrates with raw, emotional power, you might think they broke up yesterday rather than in the mid-1980s.

One of the very best aspects of Ellwood’s storytelling is the extent to which the movie takes us from the intensity of the Los Angeles punk scene of the late 1970s to the glossy clips and colorful magazine cover shoots of the early MTV era, when the band reached an undreamed-of popular zenith. Fans new and old will appreciate learning more about the group’s punk bona fides. In both realms, “The Go-Go’s” boasts a treasure chest full of archival content in all shapes and sizes, and the imagery almost always complements the anecdotes told by the subjects with delightful detail. As Glen Weldon has pointed out, “the film's determination to show its work is striking.”

And along with the sights, Ellwood curates just the right sounds. For viewers of a certain age, especially the ones who wore out our records and cassettes of “Beauty and the Beat,” “Vacation,” and “Talk Show,” the durable songcraft contained within the grooves of one of modern recorded music’s most infectious one-two combinations could sustain its own separate documentary (or at least a thorough track-by-track examination and breakdown in cult favorite series “Classic Albums”). Both “We Got the Beat” and “Our Lips Our Sealed” continue to live as electrifying Mount Olympus earworms, and when the film turns its attention to their origin stories, you might feel the hair on the back of your neck stand up.

Several valuable and eloquent guests stop by, including manager Ginger Canzoneri, Miles and Stewart Copeland, Lee Thompson of Madness, and Lynval Golding of the Specials. The most riveting revelations, however, are the ones recounted by the Go-Go’s. The movie is very funny -- Ellwood has even claimed that an early cut was “too funny” -- and Schock might just be the most hysterical storyteller of the bunch. But alongside the humor is plenty of heart, and viewers might be surprised to find themselves blinking back a few tears when the women share the depth of sorrow, pain, and frustration caused by the demons of drugs, ego, and money.