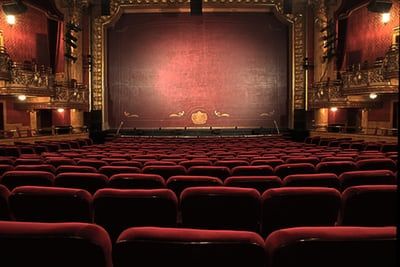 Sundance 2020 opening night selection and audience award winner “Crip Camp” -- now streaming on Netflix -- recounts the incredible grassroots movement that ultimately led to the passage and implementation of the Americans with Disabilities Act, which was signed into law on July 26, 1990. But before that ceremonial milestone, which appears late in Nicole Newnham and Jim LeBrecht’s terrific documentary, audiences are invited to go on a long, strange trip that starts at the location of the title. In 1951, north of New York City, in the Catskills at the foot of Hunter Mountain, Camp Jened began offering summer sessions for campers with disabilities of all kinds.

Through the 1960s and 1970s, the camp developed a permissive and experimental environment largely driven by the era’s countercultural attitudes and fostered by program director Larry Allison. The movie’s first section, which shrewdly introduces viewers to the Jened vibe as if we were arriving on the bus like uncomfortable first-time campers and counselors, is as eye-opening as it is invigorating. Counselor Joe O’Conor says, “I was not prepared for the visual of so many disabled people at one time, and I froze. I became paralyzed with fear. Then somebody behind me pushed me because I was in the way and that forward momentum carried me through the summer.”

Co-director LeBrecht, who began attending Camp Jened as a fourteen-year-old, would bring the fire and energy inspired by the philosophies and experiences of fellow attendees into disability rights activism before establishing a career as a motion picture and theatrical sound designer. LeBrecht is one of the movie’s key personalities, but it is a testament to his filmmaking skills that he and Newnham share the movie’s point of view among a core group of people. The most dynamic of these players is undoubtedly the cosmically-named Judy Heumann, an indefatigable civil rights activist and Jened alumna who did as much as any other organizer to bring about significant and lasting change for members of the disability community.

So much of the dynamism and excitement of “Crip Camp” is communicated through the broad scope of the archival footage that allows Newnham and LeBrecht to immerse the viewer in the past. Daily activities at Jened were memorialized on film and half-inch videotape, often captured by the campers themselves and also recorded in conjunction with the members of the People’s Video Theater. That content is especially vital, as it does more to dismantle stereotypes and break down myths than the well-meaning news reports also excerpted in the film. Newnham and LeBrecht soon turn their attention to the 504 Sit-in that would include, at the San Francisco Office of the Department of Health, Education and Welfare, the longest occupation of a federal building in United States history, but the soul of the movie lives at the camp.

Some viewers might argue that “Crip Camp” could have been two films: one about Jened itself and one about the activism that happened after the campers left. Summer camp is already a genre unto itself, with hallmarks like “The Parent Trap,” “Meatballs,” “Little Darlings,” “Wet Hot American Summer,” and the classic 1998 “This American Life” episode “Notes on Camp,” to name a few. “Crip Camp” must now be added, with an exclamation point, to that roster. Jened’s real-life teen angst and its participants’ hopes and dreams -- from endless makeout sessions to the hysterical aftermath of an outbreak of crabs -- are as horny, heartfelt, and human as it gets.