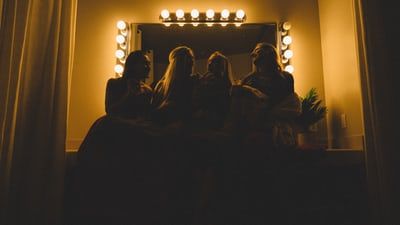 Jeffrey McHale’s “You Don’t Nomi” lines up a colorful gallery of defenders and detractors ready to reflect on the serpentine journey of Paul Verhoeven’s 1995 spectacle “Showgirls.” Contemplating the movie’s gradual redemption as a kind of cult trash masterpiece balanced on the wire between self-aware satire and so-bad-it's-good embarrassment, McHale has made a potent film essay investigating the boundaries of camp, reception, and artistic intention. No matter how one feels about the NC-17 Las Vegas odyssey of Elizabeth Berkley’s Nomi Malone, McHale’s feature is a thoughtful consideration of the multitudinous ways that some popular texts take on new and unexpected life long after their original theatrical engagements.

After viewing the documentary, I shared some thoughts with my friend and fellow cinephile Dan Hassoun. He noted that the movie “nails that sense of being awed/horrified/fascinated by something all at once, which is rare for a labor-of-love fan film to acknowledge,” and observed “how the film operates as both an auteurist exploration of Verhoeven while at the same time allowing for an anti-auteurist sense of how reception evolves past the intentions of the director.”

Packed with archival goodies that include time-capsule news media clips (featuring some great pearl-clutching, finger-wagging, and eye-winking from several recognizable presenters) and enough footage from Verhoeven’s own oeuvre to test the limits of fair use, McHale skips talking heads for all of his new interviews. It’s a good choice, as our eyes remain glued to the many scenes being deconstructed by deeply invested cinephiles like “It Doesn’t Suck: Showgirls” author Adam Nayman and writer David Schmader, whose hilarious and heartfelt scrutiny at “live annotated” screenings led to an MGM invitation to record a special edition DVD commentary.

McHale covers a lot of ground and sprinkles a lot of catnip. In one delectable sequence Jeffrey Sconce talks about Jack Smith’s adoration of Maria Montez’s total commitment in “Cobra Woman,” comparing it to the “hysterical energy” of Berkley. In another, “Showgirls” is anointed as the third jewel in a triple crown that includes “Valley of the Dolls” and “Mommie Dearest.” Drag performer Peaches Christ explains the participatory thrill of the midnight movie phenomenon and April Kidwell speaks candidly about her own intense identification with the star of “Showgirls.”

I was taken with the film's comfortable attitude toward the complexity and ambiguity of a text that can support and sustain such wildly opposite readings. Several times, McHale juxtaposes voices in sharp contrast with one another: “Showgirls” as pedestrian and mainstream versus “Showgirls” as rare and on the edge. Haley Mlotek’s compelling claims that Verhoeven is a misogynist abusing his position of power as a white male clash with Susan Wlosczyna’s opinion that Verhoeven is a filmmaker who “gets women” and doesn’t view them as “fragile creatures who need saving.”

Whether it is possible for him to be both manifests in the rise-and-fall trajectory of Elizabeth Berkley, the “Saved by the Bell” performer whose career was thoroughly dismantled by the failure of “Showgirls.” Much time is spent on Berkley’s performance, and McHale reminds us that the exaggerated emotional pitch of Nomi owes as much to the dialogue written by Joe Eszterhas and the precise demands and instructions of Verhoeven as it does to Berkley’s own choices. The one thing upon which it seems all agree is that Berkley got a very raw deal that she did not deserve.