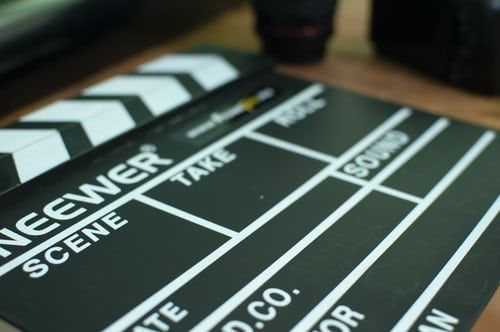 Director Arthur Jones makes his auspicious feature debut with “Feels Good Man,” an engrossing and timely documentary that examines the phenomenon of artist Matt Furie’s Pepe the Frog. Created by Furie in 2005 for the comic “Boy’s Club,” Pepe’s now iconic visage morphed into a surprisingly durable meme -- made all the more confusing and controversial when internet trolls and supporters of the alt-right nationalist movement adopted and appropriated Pepe as a symbol of white supremacist hate. Pepe’s transformation ramped up during the 2016 presidential election, when candidate Donald Trump retweeted a mash-up of himself as Pepe.

While Jones’ film will appeal directly to anyone with an interest in media, intellectual property, and the labyrinth of web-fueled culture wars, the onscreen presence and participation of Furie grounds the movie as a deeply human story. Once the most vocal 4chan users twisted Pepe for their own ugly agenda, Furie was faced with the challenge that sits at the heart of the film: give up, overwhelmed by the seemingly Sisyphean task of reclaiming his character, or devote himself to the legal and intellectual battle to take back Pepe.

Jones tackles mountains of bizarre Pepe-related incidents on Furie’s exhausting odyssey, and the way in which they accumulate transforms “Feels Good Man” into a time capsule irrevocably linking Trump’s covert and overt support of the far-right through the originally innocent amphibian. As a consequence of his crossover into the mainstream, and recognition by “normies” and celebrities like Katy Perry and Nicki Minaj, Pepe is dragged to the dark side, relentlessly depicted as a swastika-adorned Nazi and worse.

Jones stacks up numerous examples of the injustices suffered by Furie after Pepe was stolen. Extremist Richard Spencer is punched in the head on-camera just as he was explaining his Pepe the Frog lapel pin. “The Adventures of Pepe and Pede,” an Islamophobic publication presented in the style of a children’s picture book, incenses Furie, who successfully files suit. Furie also takes on malignant InfoWars prevaricator and conspiracy theorist Alex Jones, who sold posters that included Pepe among a constellation of Trump-world figures.

“Feels Good Man” earned Arthur Jones a U.S. Documentary Special Jury Award for Emerging Filmmaker at the 2020 Sundance Film Festival, and the moviemaker’s narrative instincts serve the film. Jones has a background in animation and motion graphics, and one of the most uplifting aspects of “Feels Good Man” is the use of colorful animated sequences featuring, as Furie describes them, the “chill” Pepe, “party animal” Landwolf, “wise guy” Andy, and “fashionable dancer” Brett. The psychedelic phantasmagoria of the anthropomorphic Boy’s Club quartet presents the most convincing argument for the future of Pepe, Hong Kong protest scenes notwithstanding.

The manipulation of popular characters outside the control of original creators has existed for hundreds of years, but what makes “Feels Good Man” especially significant is the entanglement with “fake news” during the era of Trump, who so easily denies affiliation with fascists while winking otherwise. Some viewers might take issue with Furie’s failure to immediately set up the necessary legal protections that might have prevented some of his later copyright infringement despair, but the portrait of determination that builds during the course of the film, abetted by Furie’s live-and-let-live stoner persona, is an overwhelmingly sympathetic one.

“Feels Good Man” will be available on demand starting September 4, 2020.