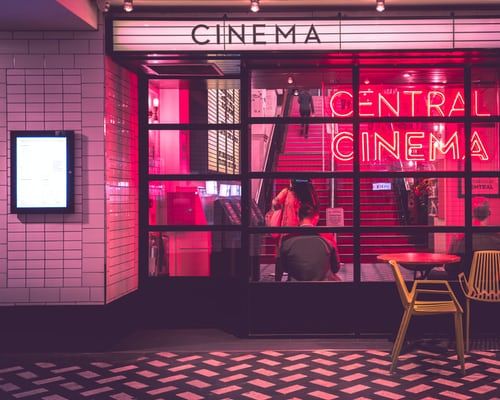 Charlie Kaufman, the unfairly talented and imaginative cinematic magician whose screenplays and films have explored the realms of art, artifice, and identity over the course of a dizzying career, lifts the curtain on another masterful storytelling exercise. “I’m Thinking of Ending Things” is based on Iain Reid’s 2016 novel, but like the hall-of-mirrors treatment Kaufman gave to “The Orchid Thief” in “Adaptation,” the source material is twisted in several significant ways. What results is one of the most rewarding and satisfying movies of 2020, a year in which film lovers have come to expect the unexpected.

Jessie Buckley narrates as Lucy -- or Lucia, or Louisa, or Amy/Ames; we can’t entirely be sure. She is a young woman with a protean range of occupations that encompass painting and poetry and physics and scholarship and food-serving. Lucy’s inability to grasp the contours of her relationship with Jake (Jesse Plemons) are all the more troubling as he appears to be able to hear her thoughts during their snowy road trip to visit the farm where he grew up. Point of view and selfhood have assumed for Kaufman a place of great consequence from “Being John Malkovich” to “Eternal Sunshine of the Spotless Mind” to “Anomalisa,” and “I’m Thinking of Ending Things” is a remarkable extension.

Once Lucy and Jake arrive at the farmhouse, Kaufman turns the duet into a quartet, adding Jake’s parents -- Toni Collette and David Thewlis, both hilarious and heartbreaking -- to an unfolding weirdness exacerbated by the shifting ages of mother and father. Not since David Lynch’s unforgettable meet-the-parents dinner scene in “Eraserhead” has a filmmaker so vividly rendered the awkwardness and anxiety of making a good first impression. One could offer an argument that the influence of Lynch, particularly in Kaufman’s comfortable mix of horror, humor, dream-states and surrealism, is the lodestar of “I’m Thinking of Ending Things.”

When contemplating the work of Kaufman, it should go without saying that a spoiler-free viewing beats anything a critic or reviewer might have to say. Even so, the literary, theatrical, and cinematic allusions rain so thick and so fast, it would take a special kind of savant to identify all the layers of references and homages. Au courant recognition of the durability of “Oklahoma!” (which recently reported for duty in Damon Lindelof’s “Watchmen” series) joins a long list that includes the wide-ranging echoes and quotations of William Wordsworth, Guy Debord, Eva H. D., Ralph Albert Blakelock, David Foster Wallace, Anna Kavan, Frank Loesser, and Pauline Kael, to name a few.

The raspberries of Gena Rowlands’ Mabel Longhetti mingle with Kael’s bruising 1974 New Yorker review of “A Woman Under the Influence” in one of the movie’s many wonderfully eccentric scenes. Buckley performs both in a tour-de-force consideration of the “Misogynist! Genius!” dispute laid out in Le Tigre’s “What’s Yr Take on Cassavetes?” The theme comes into even sharper focus when Kaufman soon steers us to the rural high school that will serve as the setting for the movie’s brain-melting finale, which, among other things, includes a mashup of “Wild Strawberries” and “A Beautiful Mind.”

Outside the school, Jake leaves the vehicle and Lucy says to herself, “It’s hard to say no. I was never taught that. It’s easier just to say yes. Anyway, sometimes you’re just caught off guard. And the request comes, can I have your number? And the easiest way out of it is just to say yes and then that yes turns into more yes, and then it’s yes, yes, yes.” Lucy’s agency and her frustration with the extraordinary demands placed on women resonate in multiple ways, especially given Kaufman’s decision to deliberately avoid springing what could be construed as a kind of twist or device. What we are instead invited to discover about the real and the imagined is a joy and a gift.

“I’m Thinking of Ending Things” is now available on Netflix.

By Greg Carlsongregcarlson1@gmail.com29 April 2021As tantalizing subject matter goes, the topic of Marilyn Agrelo’s “Street Gang: How We Got to Sesame Street” is as much a slam dunk as Morgan Neville’s “Won’t You Be My…