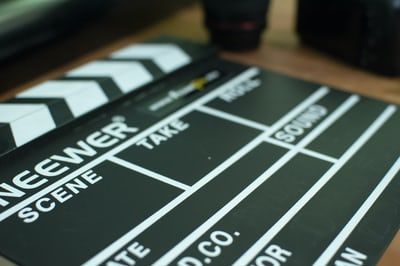 Another significant 2020 title skipping theatrical release for digital platforms, Josephine Decker’s “Shirley” premiered at Sundance in January, where Decker received a U.S. Dramatic Special Jury Award for Auteur Filmmaking. “Shirley” marks yet another career milestone for the dynamic filmmaker as she moves in the direction of wider accessibility and potentially larger audiences without abandoning the sharpest hallmarks of her breathtakingly personal storytelling techniques. The presence of Elisabeth Moss in the title role adds a layer of appeal to the lushly photographed and handsomely designed re-imagining of author Shirley Jackson’s idiosyncratic life in North Bennington, Vermont.

Decker’s film, with a screenplay by Sarah Gubbins based on Susan Scarf Merrell’s 2014 novel, has been erroneously identified as a Jackson biopic, but the events depicted in the book and on the screen are largely fiction. The messier, blurrier canvas perfectly suits Decker’s gifts by offering a space in which the filmmaker can continue to explore her interests in liminality and artistic/philosophical truth without the encumbrances of the dreary and the mundane. In other words, viewers looking for some kind of historically accurate staging of Jackson’s “life” will not find it here. Instead, “Shirley” fantasizes an intense and sexually charged variation on Edward Albee’s “Who’s Afraid of Virginia Woolf?” and Mike Nichols’ 1966 film of the play.

In real life, Jackson was married to professor and critic Stanley Hyman (a fantastically vain and oily Michael Stuhlbarg), by all accounts a philanderer in frequent pursuit of liaisons with his students. In the imaginary account, Hyman’s academic admirer and fresh Bennington College hire Fred Nemser (Logan Lerman) is invited to take a room in the house Shirley rarely leaves. Nemser’s new wife Rose (Odessa Young), it is quickly decided, can provide domestic “help” (or, perhaps more accurately, servitude) to Shirley while the men are on campus. Decker mines the rich vein of skewed gender expectations, using the period setting to focus viewer attention on so many absurd inversions. Stanley’s jealousy over the literary celebrity -- and profitability -- of triumphs like “The Lottery” always threatens to boil over.

Moss is nothing short of phenomenal, filling out her performance with a steady flow of poisonously perfect wisecracks, putdowns, and insults that hit their marks like darts from an accurately aimed and effortlessly puffed blowgun. Decker beckons us to follow this unusual guide on a journey deep into the overgrown and tangled jungle of creation and art-making. Rose, it unsurprisingly turns out, is far more suited to Shirley’s mysterious and mystical witchcraft than she is to cooking and cleaning. Is Shirley capable of true friendship or is she too armored, too caustic, too far inside her own tortured processes and alcohol bottles to open up her heart to another human being?

The answer to that question takes up the later stages of the film, and Decker, Moss, and Young all bask in the complexity and ambivalence and eroticism of the dialectics favored by the filmmaker: teacher/pupil, writer/reader, veteran/novice, dominant/submissive. Working on the book that will become “Hangsaman,” Shirley and Rose spend time thinking deeply about the Bennington student who disappeared without a trace on the hauntingly named Long Trail. Shirley says to Rose, “The world is too cruel for girls.” Paula Jean Welden really did vanish in December of 1946, the likely victim of violence at the hands of a man, and she is both doppelganger and ghost -- a vivid reminder of an unrealized future.

“Shirley” will be available on major digital platforms beginning June 5, 2020.