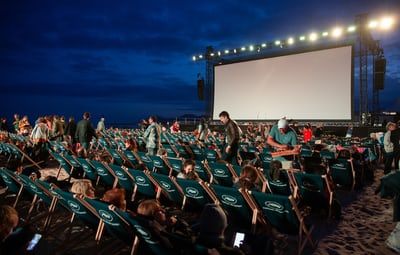 Both Jim Jarmusch’s contemporary classic “Dead Man” and Kelly Reichardt’s newly released “First Cow” open with cosmic epigraphs. The former uses Henri Michaux’s idiosyncratic line, “It is preferable not to travel with a dead man.” The latter begins with “The bird a nest, the spider a web, man friendship,” from William Blake’s “Proverbs of Hell.” Reichardt’s choice of Blake, along with the presence of Gary Farmer in a small but key role, pays homage to Jarmusch’s Acid Western. “First Cow” will rhyme and echo with that great movie in several other pleasing ways, but perhaps the most prominent yoke is the mutual investigation of close male friendship and love.

Farmer was Nobody to Johnny Depp’s William Blake, and in “First Cow,” a parallel connection develops between Orion Lee’s King Lu, first seen naked and on the run, and John Magaro’s Otis “Cookie” Figowitz, a one-time baker’s apprentice from Maryland now seeking his fortune in the Pacific Northwest of the 1820s. “Dead Man” marked accountant Blake’s westward journey as a mortal metaphor; Nobody shepherds Blake in the direction of a sea canoe that will bear his friend out of this world and into the next. Cookie and King Lu, like Nobody and Blake, will come together again following a separation, and may also remain together until death parts them.

While the intertextual references to “Dead Man” are more plentiful and prominent, Reichardt’s cast is also joined by the late, great René Auberjonois in one of his final screen appearances. The lucky-charm presence of the frequent Robert Altman ensemble member calls to mind “McCabe & Mrs. Miller,” another frontier film in which the veil between life and death, happiness and despair, and love and loneliness is delicate and gossamer. Reichardt, sharing screenplay credit with longtime writing collaborator Jon Raymond for this loose adaptation of Raymond’s first novel “The Half-Life,” builds a world as rich and unique as the ones imagined by Jarmusch and Altman.

Behold the elegance and oft-cited aesthetic minimalism with which Reichardt unfolds so many thoughts and ideas about race, representation, and gender. Like “Old Joy,” “Meek’s Cutoff” and so many of her other films, “First Cow” addresses feminism and femininity in ways both inspired and insightful -- the title milk source happens to be this particular story’s most prominent female. A territorial pioneer who has survived a journey that claimed her mate and her offspring, the brown-eyed marvel produces the secret ingredient procured illegally in the dead of night by King Lu and Cookie. Her gift will launch the entrepreneurs.

The two protagonists are partners in crime, partners in business, partners in dreams, and partners in life. The explosive popularity of Cookie’s delicious oily cakes means they are often sold right back to the very Chief Factor (Toby Jones) from whom the milk is stolen. Reichardt laces the film with an exquisite and ever-building tension revolving around the potential discovery of the scheme. Eager and appreciative viewers will recognize familiar precedents for our duo: Ishmael and Queequeg, Huck and Jim, Bromden and McMurphy. Like those unlikely partnerships, the union of Cookie and King Lu is a special bond certain to please discerning and patient viewers.

By Ed Raymond fargogadfly@gmail.comThe Ku Klux Klan Don’t Wear Hoods AnymoreIn a December column I wrote the following: “We are in the middle of dangerous times. We are on a knife’s edge of losing ‘it’.” “‘It’…

By Greg Carlsongregcarlson1@gmail.comTalented hyphenate Emerald Fennell, the season two “Killing Eve” showrunner, unleashes one of the most audacious and provocative films of the year with “Promising Young Woman,” the…