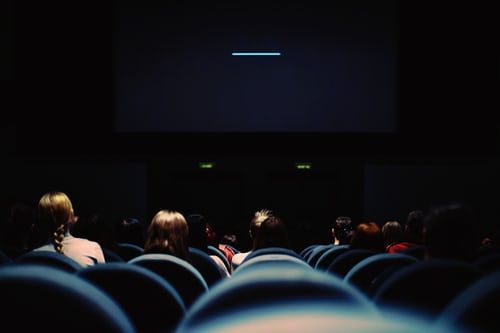 Peter Medak, the veteran filmmaker who met with early career success directing Peter O’Toole in “The Ruling Class,” puts together a fascinating cautionary tale in “The Ghost of Peter Sellers.” Haunted for more than four decades by the catastrophic disaster of his ill-fated relationship with the legendary comic genius, Medak revisits the painful memories of his “collaboration” with Sellers on the DOA feature “Ghost in the Noonday Sun.” Approaching 80 when he decided to exorcise his demons, Medak tracks down the surviving participants of the debacle. The story that emerges -- part apology, part accusation, all therapy -- is essential viewing for cinephiles and Sellers fans.

Medak was hand-picked by the mercurial star to take the helm of “Ghost in the Noonday Sun,” a pirate comedy loosely based on Sid Fleischman’s 1965 book for young people. And almost immediately, the 1973 shoot was plagued by Sellers’ idiosyncratic behavior and bottomless unprofessionalism. Medak, who accesses a wealth of files including budgets, logs, scripts, still photos, behind-the-scenes footage, and clips from “Ghost in the Noonday Sun” itself, recounts one jaw-dropping anecdote after another. Sellers’ lack of interest in the role he was to play was so poisonous, he reportedly didn’t bother to read the screenplay.

When Sellers arrives at the location in Greece, he won’t enter his rental quarters until an assistant sets up the stereo system and puts on a certain record. Not long after, Sellers more or less entirely fakes a heart attack and sneaks out of the local hospital and back to London. An apoplectic Medak discovers the deception when he sees a photo of his star out to dinner with Princess Margaret. Sellers falls out with pal/co-star Tony Franciosa and refuses to appear in the same frame with him, forcing Medak to restructure all their scenes. Sellers manipulates Medak, cajoling him into shooting a Benson and Hedges cigarette commercial -- even as the actor reportedly represents the anti-smoking league.

In one of the many on-camera interview sessions, Medak says, “I want to kill people, but they’re all dead.” We understand he primarily means Sellers, but there is enough blame to go around. Medak’s talking-head interviews, often touching and poignant, remind us that the inevitable creep of time slows even the most vital lions. Lessons from the late producer John Heyman are particularly illuminating in this regard. But the visual spark of Medak’s film jumps out at us whenever we see the charismatic Sellers. And the funny thing is, Medak refuses to throw the man under the bus, recognizing that Sellers was positively sui generis.

“The Ghost of Peter Sellers” can be added to the shelf containing worthwhile movies about movies that didn’t turn out the way they were originally envisioned. “Burden of Dreams,” “Hearts of Darkness: A Filmmaker’s Apocalypse,” “American Movie,” “Overnight,” “Lost in La Mancha” “Jodorowsky’s Dune,” “Lost Soul: The Doomed Journey of Richard Stanley’s Island of Dr. Moreau,” “They’ll Love Me When I’m Dead,” and a number of others could make up the screening list on a syllabus for “Abandon Hope 101: Filmmaking as Folly.” If failure is the greatest teacher, then Peter Medak has earned his doctorate.