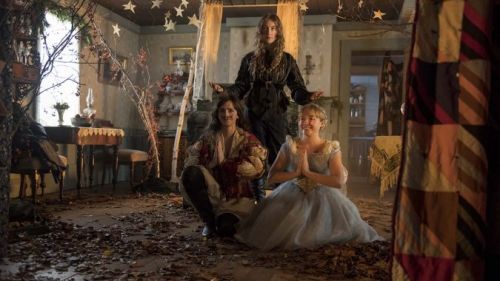 Greta Gerwig continues to exercise her command of cinematic storytelling with “Little Women,” a perfectly wrapped and beribboned Christmas gift as welcome as a steaming cup of cocoa after a frosty skate around the local frozen pond. Proving wrong many skeptics who initially questioned her choice of post-”Lady Bird” material, Gerwig deftly adjusts the contents of Louisa May Alcott’s much-loved, oft-filmed tale through a skillful chronological reorganization that allows her to expand and contract story points as desired. The result is a handsome and heartfelt edition destined to take a rightful place alongside the very best adaptations.

Collaborating again with “Lady Bird” lead Saoirse Ronan, who plays the titanium-willed central character Jo March, Gerwig draws on the talents of Eliza Scanlen as the tragic Beth, Emma Watson as the domestically-inclined Meg, and Florence Pugh as the sometimes prickly and always self-possessed Amy. Pugh, unsurprisingly for anyone who saw “Lady Macbeth” and “Midsommar,” walks off with all her scenes, embracing along with her director all of Amy’s vanity, petulance, and jealousy. She communicates through these ugly traits, not a mean girl, or a failure, or Jo’s foil, but a fully recognizable human being.

For many, myself included, the 1994 translation of “Little Women” directed by Gillian Armstrong is a considerable achievement. Gerwig undoubtedly agrees as that version’s screenwriter Robin Swicord joins producers Denise Di Novi and Amy Pascal on the new film. The two movies make excellent companions in multiple other ways. Both draw on delightful casting choices that capitalize on the cool factor of in-the-moment movie royalty (Laurie then: Christian Bale, Laurie now: Timothee Chalamet). But Gerwig’s version surprisingly, refreshingly considers events from the wiser lens of adulthood instead of focusing on and following the coming-of-age pathway through adolescence.

Gerwig’s affinity for moviemaking is on display in the film’s extremely contemporary feeling for physical movement. This kind of action propels the trailer and carries over into the feature, and is especially vivid in the dancing of Jo and Laurie that happens, so tellingly, outside the party. The nearly anachronistic amount of affection and comfort Laurie is allowed to share as a member of the March sisters’ theatrical and artistic troupe is another example. More than once, the filmmaker pulls off some editorial sleight-of-hand that toys with the untrustworthiness of reality versus fantasy and imagination.

Gerwig makes her most indelible mark with an ongoing conversation between author Jo and publisher Mr. Dashwood (Tracy Letts, who played Ronan’s father in “Lady Bird”). Dashwood insists on preserving some of the conventions and expectations of many readers then -- and now. The back-and-forth mirrors Gerwig’s interest in drawing out and exploring Civil War-era realities for women, and as Alison Willmore notes, the director “treats the sisters’ diverging paths as a prism through which to look at larger themes of marriage, artistic validity, and financial constraints.” Dashwood argues that any main female character must be either married or dead by the last page. How Gerwig manages the “requirement” in her vision depends on a beautiful metanarrative twist that redefines the contours of a happy ending.