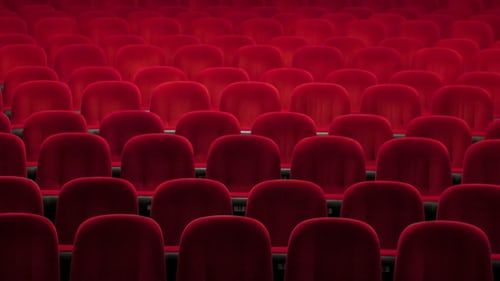 Polymath artist Miranda July adds an excellent new title to her filmography with “Kajillionaire.” As hard to reduce or simplify as “Me and You and Everyone We Know” and “The Future,” July’s latest movie -- which contemplates parenthood and family ties under the idiosyncratic lens of the filmmaker’s built-from-scratch microscope -- blends slapstick and sorrow like a latter-day Charles Chaplin. Like July’s previous films, “Kajillionaire” fixates on the human, pondering and prodding the things that separate us from one another as well as the stuff that brings us together. Along with Chaplin and July’s contemporary Wes Anderson, she is the rare moviemaker who can conjure a smile and a tear in the space of a heartbeat.

July introduces the Dyne family, a nuclear unit whose logic-defying domestic decisions involve skimming, or getting by without all the burdens of holding traditional jobs and conforming to the expectations of society. Robert (Richard Jenkins) and Theresa (Debra Winger) have raised daughter Old Dolio (Evan Rachel Wood) to be fluent in their system of petty larcenies and labor-intensive scams. July handles the variety of grifts and cons with aplomb, but she complicates the quirkiness with a shattering revelation: mom and dad treat their only child as a business partner and have always withheld the most basic expressions of love and affection from Old Dolio. No birthday gifts, no kisses, no embraces.

Old Dolio’s name -- she was dubiously christened in honor of a derelict lottery winner in the hope of some kind of cosmic lucky rabbit foot payoff -- is a great gag in a film full of them. July applies her prodigious imagination to surprises both verbal and visual: cartoon contortions as the family attempts to sneak undetected by their landlord; the cascading wall of bubbles cleared daily in exchange for a place to crash; the ninja stealth required for evading security cameras during daylight mail theft; a poignant, touch-free massage. In one of the movie’s best scenes, the Dynes playact routine family banter at the request of an elderly mark whose house they burglarize.

The arrival of fellow con artist Melanie (Gina Rodriguez) upends the lifelong patterns imprinted upon Old Dolio by her folks. It is through Melanie that July realizes another gear, introducing an unanticipated conflict that disrupts Old Dolio’s allegiance to Robert and Theresa. Wood’s performance as the late-bloomer is her best to date. Behind a curtain of Cousin Itt tresses and hidden in a shapeless track jacket that functions like a suit of armor, Old Dolio comes to life through Wood’s total commitment. Speaking in a flat monotone, Wood somehow manipulates potential caricature into something fully alive.

The Dyne family might exist on the fringe, but July has always used the unexpected as a Trojan horse for deep looks at universal experiences. Never weird for the sake of weird, July’s movies are perfectly prismatic, refracting facets of recognizable life experiences through the singularity and peculiarity of her vision. Even as we might seek to avoid awkwardness and discomfort at all costs, July’s characters can’t seem to avoid it. So the next time you return the acceptable and socially-sanctioned response when someone announces that “we’re all in this together,” you can conjure up Old Dolio and fantasize a different answer.