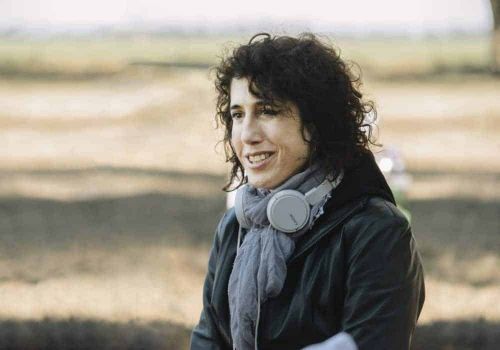 Veteran filmmaker Jennifer Fox’s “The Tale” addresses child rape in as straightforward and clear-eyed a manner as any film ever made on the painful subject. Fox’s background in nonfiction storytelling informs the movie’s magnetic investigative structure, which arranges and rearranges details both large and small as the adult Jennifer Fox (played brilliantly by Laura Dern) rethinks a sexual “relationship” she shared with two grown-ups when she was only thirteen years old. The original story referred to in the title was written by Fox at the time of the abuse, and remarkably, she directly quotes it in the retelling we see unfold. It doesn’t feel quite right to call “The Tale” fiction, and its presentation falls well outside what most would define as documentary.

Memoir might be a better descriptor to effectively encapsulate some dimension of the film’s substance, and like most features based on some “real life” set of facts, a disclaimer warns that certain details were changed. A pre-show trigger warning and an end title explanation that an adult body double was used for all depictions of sexual acts bookend the movie.

What is most impressive about “The Tale” is the confident way in which Fox depicts her own evolving uncertainty. Drawing the audience into highly subjective recollections, Fox uses a variety of bold cinematic choices to show the fragility and mutability of memory. Most of these devices are simple and direct. For example, Fox’s belief that she was older at the time of her interactions with Mrs. G (Elizabeth Debicki) and Bill Allens (Jason Ritter) loops in a pair of flashbacks that replace the fifteen-year-old Jenny (Jessica Sarah Flaum) with the thirteen-year-old Jenny (Isabelle Nelisse). Dern navigates the complex series of emotional reckonings with a tremendously sympathetic understanding of Fox’s reluctance to identify as a victim.

“The Tale” unfolds as a procedural, alternating between Fox’s pursuit of information that will help her fill in missing experiences and the harrowing, real-time scenes of Ritter’s predatory pedophile engaging in a virtually textbook pattern of sexual grooming. Fox attacks the nightmarish hallmarks with a clinical eye: the gaining of trust with praise and flattery, the normalization of frank sexual talk, opportunistic sleepover invitations, the bestowing of gifts, the perpetuation of increasingly intimate physical contact, and the carefully calculated opportunities for private/isolated one-on-one time. Those scenes are disturbing and difficult to watch.

Even as the memories begin to sharpen back into focus, Dern’s Fox requires space to sort out the stubborn range of conflicted emotions that accompany the revelations and filmmaker Fox smartly insists on seeing that whole process unfold. “The Tale” is Fox’s first fiction feature, but she brings to bear much from documentary storytelling, including the development of an outreach campaign that she describes in detail in her May 26, 2018 “Deadline” guest column on the film. In that piece, Fox says, “There was no evidence of what happened to me, except in my mind” in response to why she opted to make the film with actors rather than create a documentary. The resulting work, which Fox calls “issue-based fiction,” resonates as both art and vehicle for change.

“The Tale” premiered at the 2018 Sundance Film Festival and is available via HBO.