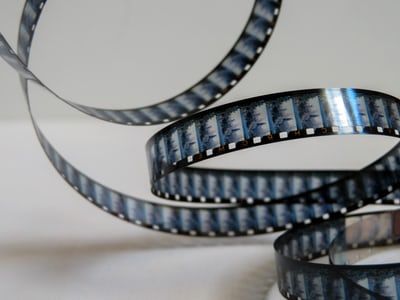 The most compelling and powerful idea in Kitty Green’s compelling and powerful film “The Assistant” resides in the network of complicity protecting the predator/stand-in for Harvey Weinstein and those like him. Green expresses, in the microcosmic minutiae of office-life orbit, a detailed picture of institutionalized harassment and mistreatment. Even though the movie’s particular events are set within the film industry, Green’s message is universal: for every man in a position of authority who manages to get away with the horrific behavior of sexual assault, cruelty, and bullying, there is a group of enablers maintaining a rotten status quo.

As aspiring film producer Jane, Julia Garner seldom leaves the frame and grips the attention of the viewer from first scene to last. As the lowly employee who arrives before sunrise to turn on the lights, make coffee, print and distribute reports, and tidy anything overlooked by custodial staff, Jane seems more intern than valued team member. Yet, her willingness to accept this grim hierarchy is instantly recognizable. We don’t need to be told that Jane’s hellish and humiliating servitude is a “rare opportunity and privilege” that hundreds of others would also suffer while chasing Hollywood dreams.

Green, the documentarian whose brilliant “Casting JonBenet” seamlessly traversed the realms of nonfiction and fantasy, wrote the “The Assistant,” and her screenplay carefully parcels out the dialogue that, little by little, exposes an insidious culture and climate. It is, however, the filmmaker’s commanding ability to communicate in purely visual terms that distinguishes “The Assistant.” Jane watches the copy machine spit out an endless stack of anonymous headshots. She tends to the chairman’s young children. She shares an elevator with a famous actor (Patrick Wilson) so used to owning physical space that a clumsy exit dance tells us he didn’t even register Jane’s presence. All three examples speak volumes about the dynamics of gender.

Green said in an interview with Marshall Shaffer that both “Casting JonBenet” and “The Assistant” are about the exploitation of women. In the latter, the protagonist will -- against all odds -- muster the courage to visit human resources to voice her concerns about the safety and wellbeing of a new hire: a very young former waitress from Idaho personally selected by the big boss and escorted by Jane to the Mark Hotel. The HR interaction that plays out, between Jane and Wilcock (Matthew Macfadyen), is arguably the movie’s critical scene. Their conversation is a tension-filled back-and-forth illuminating the wide berth of tolerance that shields money-makers against credible accusations, and it shakes Jane to the core.

Green’s skillful direction is a master class in strategic elision. Unlike the provocative private office scene between Margot Robbie’s Kayla Pospisil and John Lithgow’s Roger Ailes in “Bombshell,” Green withholds any dramatizations of behind-closed-doors transgressions. Instead, the chairman remains ever hidden from our view in a choice that only intensifies his fearsome reach and underlines Green’s critique of an unjust system. The mogul’s voice (supplied by Joy O. Sanders) is filtered through the telephone, and the sadism and degradation are as chilling to us as the ritual in which Jane writes him emails of apology helpfully wordsmithed by the two young men with whom she shares workspace.