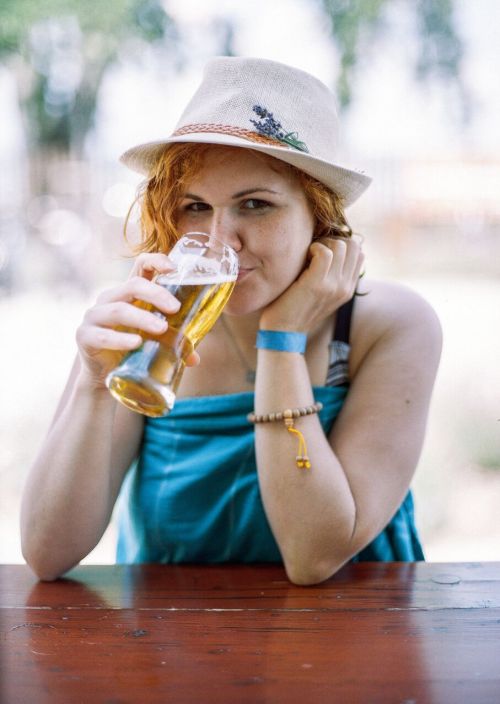 On June 16, the North Dakota Brewers Guild will be presenting “Under Brew Skies.” This will be the third year for the beer festival being held in Fargo’s Island Park. The festival will feature over twenty breweries primarily from North Dakota, but they also invited some friends across the river.

Coming from the north in Grand Forks, the event will include, both Half Brothers and Rhombus Guys.

From the west side of the state from Bismarck and Mandan we have Bismarck Brewing, Buffalo Commons, Dialectic, and Laughing Sun. Minot and Watford City are also making a showing with Souris River Brewing, and Stonehome.

Reaching into Minnesota from Mapleton we have Drumconrath. Revelation from Hallock, Schells from New Ulm, Indeed from Minneapolis, Lift Bridge from Stillwater, and reaching up the north shore Bent Paddle and Castle Danger.

The Sidestreet stage will be rocking all day long with musical performances by Shaun Mitzel, Pat Lenertz, and Max Graham and the Fam Duo (which includes the mandolin player from Kind Country).

Angie Pelton the president of the North Dakota Brewers Union stated: “We want to show North Dakota that great beer is being made here in the state. Our goal is to promote new breweries in the state and make the public aware of the ND beer industry is growing and we are bringing a financial impact to the state.”

Under Brew Skies will do exactly that.

Angie also stated: “The breweries in the state play a large part in the communities they live and work in by community events and giving. Breweries make destinations that people are willing to travel to and create quality of life that North Dakota is looking for.”

If you visit any brewery in town on an average day, while there is a large percentage of locals storming the kegs, there are also many visitors who love beer, tasting what Fargo has to offer, and learning about us from what we produce.

If we consider the beer in certain areas of the country, we can form an idea of what the breweries value. It presents an outward cultural identity of the region and helps describe the local agriculture and heritage. A brewery can directly represent an area.

We see this most readily when we consider the Germanic culture of the area. Drekker in the simplest form captures this ideal. Go to Fargo; drink Viking beer. It outlines the cultural heritage so easily, but in other areas of the country we have craft breweries such as Sam Adams, with shows the culture and history of New England as revolutionaries and provides the feeling that we are drinking with our founding fathers.

Citizens in Saint Louis with the loss of Anheuser-Busch to InBev have been forced to have a cultural reawakening, the new microbreweries popping up in the wake of the fallout are truly producing fantastic beer, and they are defining the people of the area as resilient and dedicated to the craft. The entire city could have given up on beer, but instead the individuals who have the know how and the passion are brewing a beer for the city, and no longer for a corporation, freeing creativity and producing a much more meaningful product. You can taste it, and it’s beautiful.

The North Dakota Brewers guild shares these cultural values, and by attending Under Brew Skies, the consumer is helping to support the spread of cultural understanding and values through the same avenues.