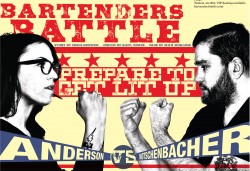 The rising art of mixology will be on display when eight area bartenders gather together for a competition that will end with the crowning of the 2015 Mixologist of the Year.

The 2nd Annual Bartenders Battle will take place at the Avalon West (formerly The Venue) and it promises to result in bragging rights for whoever is crowned this year’s top of the lot.

The Bartenders Battle is a chance to recognize many of Fargo-Moorhead’s great bars and restaurants and reward them for their hard work. The event sprouted last year as the culmination of HPR’s Cocktail Showdown, where 20 to 30 area bars and restaurants put their best employee forward and competed to make the best drink or shot in the categories of creativity, presentation and flavor.

You could say that mixologist is just a fancy name for a bartender, but it’s a trend in the service industry where your cocktail mixers spend hours of their time coming up with drinks to tantalize patrons and giving them a little extra love and care. Most anyone can pour a beer and rattle off a beer selection. But can anyone come up with a drink truly unique and make it well over and over on command and demand? That takes skill. And a good mixologist or bartender is worth their weight in gold as any bar owner will say.

This year’s rules are a bit different than last year’s. The inaugural event was all about speed with contestants having just three minutes to complete their drink. This year more time will be given to the battlers, with five minutes in the first few rounds and seven minutes in the last round. Bartenders will all have to use one unique ingredient in their drink.

Judging will be done by members of the High Plains Reader’s staff who were all judges for the Cocktail Showdown: Raul Gomez, Diane Miller and myself. All the competitors will have their drinks judged on creativity, presentation and flavor. Each round’s winners will be those who are awarded the most points from all the judges totaled from all three categories. Each competitor’s drink will be auctioned off for charity.

All of the contestants are ranked in order from 1 to 8 based on their finish in this year’s Cocktail Showdown. Rounds will start with 1 vs. 8, 2 vs. 7, 3 vs. 6, and 4 vs. 5 all taking on each other in sudden death elimination. Once they lose, they are done, and the final two will compete for Mixologist of the Year.

This year’s theme is “prohibition” and “speakeasy,” so everyone is encouraged to channel Nucky Thompson of “Boardwalk Empire” and come up with something from that era to sport. Speaking of flappers, the lovely ladies from Blue Belle’s Burlesque will be mingling about throughout the evening to give you plenty of eye candy. Jesse James of Big 98.7 will be handling MC duties for the battle.

Those who work in the service industry know how tough a job it can be and what a tight-knit community it is. You work long hours together, eat together, drink together, party together and all in the name of the game to serve the customers in the best way you know how. While rewarding, it can’t help but feel like you’ve been through a war together. The Bartender’s Battle is recognition of all that hard work, and while not everyone can come out a winner, it’s a night for the whole industry to give a nod to each other and realize the amount of talent we have in our community. 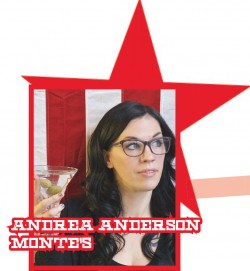 Bartending experience: 12 years, too many places. The Sidestreet, The Beefsteak Club and Dempsey’s to name a few

Favorite part of your job: I like meeting new different people constantly, most of whom turn into friends in a short amount of time. Something new every day, never a dull moment.

Andrea won the award for "Best Overall" in the most recent HPR Cocktail Showdown for her drink "Scarecrow Boat." She was also nominated for Best Bartender in HPR's 2014 Best of The Best contest. 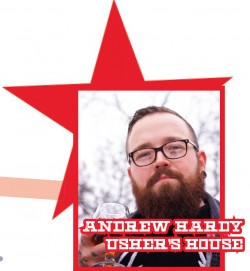 Bartending experience: Started at O'Leary's in Moorhead for a year or so, then over to Sidestreet for about 4 years. Been at Usher’s for six months.

Why do you do it: Because I love it, and I am pretty OK at it. Also, for the parched mouths out there and the drifter souls who need a fix, a chat, a smoke, a break and because the cantina in “Star Wars” inspired me.

Favorite part of your job: Experimenting and coming out delightfully surprised!

Andrew won the award for "Best Flavor" in the most recent HPR Cocktail Showdown for his drink "Ulfberht." 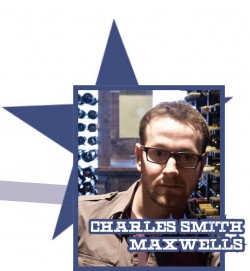 Bartending experience: Two-and-a-half years. I first started bartending at Longhorn Steakhouse when they first opened, and after a year I got my job at Maxwells, where I have been for two years in June.

Why do you do it: Initially I got in because it was an easy job to make good money while I am in school. What keeps me in it is the creativity behind the bar, and the social aspect. I get to be on stage all of the time as I entertain guests throughout the evening and build great relationships with regular customers.

Favorite part of your job: Every night is its own animal, and very rarely are two days completely alike. I like change and the ways that bartending is always evolving keeps the job fresh.

Charles’ drink "Shadow Roll" was runner up for "Best Flavor" in the most recent HPR Cocktail Showdown. 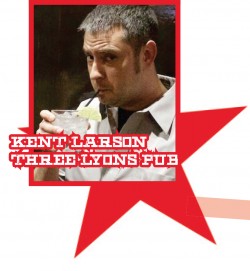 Why do you do it: I do it for the banter and interaction directly with customers. I've cooked for 13 years and love it, but there is a disconnect between you and the customer when cooking. Bartending lets you immediately see the satisfied look on the customer’s face as opposed to having the server tell you "They loved it!" The money doesn't suck either.

Kent won the award for "Best Overall" in the 2nd Annual Cocktail Showdown for his drink "Patronjito." 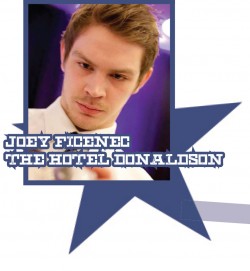 Bartending experience: A little more than four years. Started at Dempsey’s, then Level 2 at the Radisson. I learned a lot but I really found my home at the Hodo.

Why do you do it: There is so much to learn in bartending. You are following the footsteps of so many others before you, you are never done learning or discovering new things.

Favorite part of the job: When I craft a drink for someone that they truly enjoy, the look on the person's face right after you have made them the perfect drink. 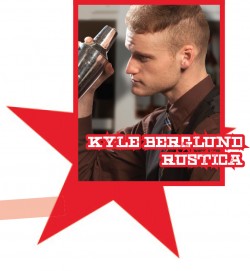 Bartending experience: Three years, John Alexander’s and from day one at Rustica.

Why do you do it: I love meeting and interacting with new people. Although that's very true, we've all had our bad experiences in restaurants/bars spending our hard-earned loot. I just try to provide a fun, yet professional, all-around enjoyable service to my patrons.

Favorite part of the job: Satisfaction

Kyle’s drink "Rye Tai" was runner up for "Most Creative" in HPR's most recent Cocktail Showdown. 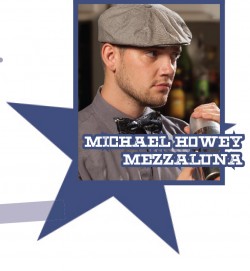 Why do you do it: I want to make people feel appreciated. Mixing someone a cocktail is a good way to do that for a person.

Favorite part of the job: I love meeting someone and then help them pick out a cocktail or a glass of wine. It's a gas. Ralph Waldo Emerson once said, "A new person is to me a great event." I love that and live it.

Mike’s drink "Apple Flip" was runner up for "Best Presentation" in HPR's most recent cocktail showdown. Howey (and the Mezzaluna staff) also won for "Best Flavor" in 2013 for the "Dirty Sue Martini." 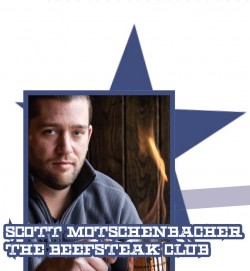 Scott Motschenbacher of The Beefsteak Club

Bartending Experience: Four years at Duffy’s, two years at Beefsteak since it opened.

Why do you do it: I do it because I crave an experience. I know what I’m looking for when I go out to eat or out for cocktails. I want something that makes me say "yup." That is so satisfying to say and even more satisfying to hear. I love it.

Favorite part: The interaction with guests. I've made some lifelong friends from serving them drinks.