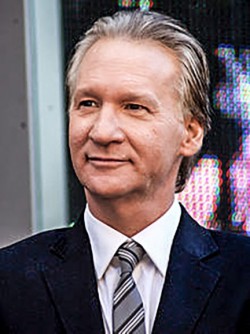 The political funny man comes to Fargo. Known for Comedy Central’s “Politically Incorrect” and HBO’s “Real Time” Maher has written four bestsellers: “True Story,” “Does Anybody Have a Problem with That? Politically Incorrect’s Greatest Hits,” “When You Ride Alone, You Ride with Bin Laden,” “New Rules: Polite Musings from a Timid Observer” and most recently “The New New Rules: A Funny Look at How Everybody but Me Has Their Head Up Their Ass.” He has also been nominated for multiple Emmy Awards.