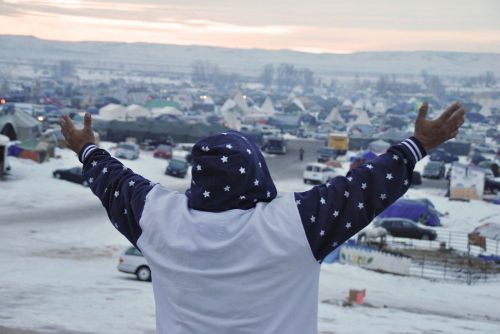 FARGO – Red Fawn Fallis, the woman charged with firing a handgun during the Dakota Access Pipeline controversy, changed her plea Tuesday to guilty after federal prosecutors agreed to drop one of her charges.

If District of North Dakota Chief Judge Daniel Hovland accepts the change of plea, the most serious charge – discharge of a firearm in relation to a felony crime of violence – will be dropped. The charge carries a mandatory minimum sentence of 10 years and the possibility of up to life in prison. Fallis, a 37-year-old Oglala Sioux woman, would plead guilty to charges of civil disorder and possession of a firearm and ammunition by a convicted felon, which could carry a maximum sentence of up to 10 years.

“Under the agreement, prosecutors have agreed to recommend a sentence of no more than seven years in prison, although the judge does have the authority to go as high as 10 years on these charges,” a press release from the Water Protector Legal Collective stated. “If the judge decides not to accept the agreement the case will continue to trial on all three charges.” 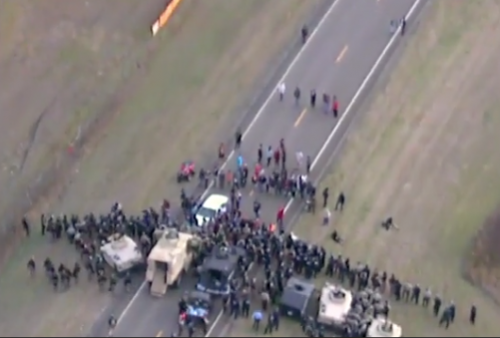 The announcement came less than a month after Fallis’s defense team discovered the handgun law enforcement officials say she fired belonged to an infiltrator paid by the Federal Bureau of Investigation, according to the defense team. 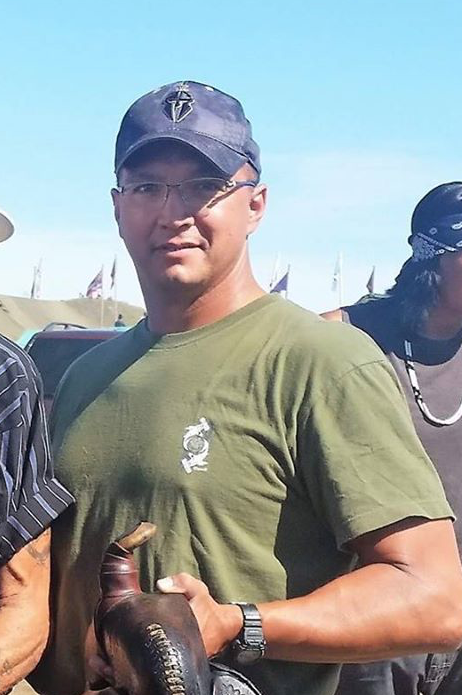 Heath Harmon, a 46-year-old Fort Berthold Reservation member, befriended and seduced Fallis, according to a December 29, 2017 Motion to Compel Discovery filed by defense attorneys. The relationship continued for an unspecified time after Fallis was arrested for allegedly shooting a handgun – a weapon that did not belong to her, but to the infiltrator – who would be paid $40 per day to testify against his former lover.

The Water Protector Legal Collective, or WPLC, said the deck was too heavily stacked against their client.

“Red Fawn has been fighting an uphill battle at every stage of this case,” the WPLC press release stated. “She is facing up to life in prison and the prospect of a trial in North Dakota where there has been extensive pre-trial publicity adverse to Water Protectors and against the No-DAPL movement.”

The defense has filed a multitude of motions, and most were denied. The defense filed motions to extend deadlines, motions for miscellaneous relief, a motion to dismiss, motions to compel discovery, a motion regarding jury questionnaires, a motion in limine – seeking to exclude any evidence of prior crimes – and that Fallis planned on presenting a necessity defense at trial.

The government fired back with a motion in limine of its own, seeking to restrict the defendant from offering evidence or testimony relative to historic treaty agreements between the United States and the Lakota Sioux tribes. The government’s motion was granted, according to court documents. 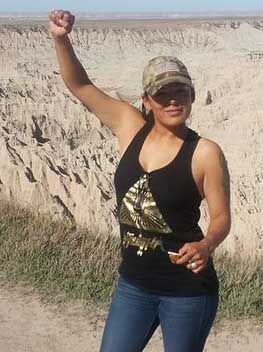 “Rulings against Red Fawn at every step of proceedings have left the defense with insufficient information about the paid FBI informant who became her boyfriend and who plans to testify against her at trial,” the WPLC press release stated. “The government has refused to provide full disclosure of even potentially exculpatory surveillance and other records in the possession of TigerSwan and other private security firms who coordinated with law enforcement during the encampments at Standing Rock and had targeted Red Fawn as a leader.”

TigerSwan, headquartered in North Carolina, with offices in Iraq, Afghanistan, Jordan, Saudi Arabia, India, and Latin America, was the fusion lead for private security companies working for Energy Transfer Partners during the months-long controversy. A civil suit against TigerSwan and its founder, James Reese, for working illegally in North Dakota was filed by the North Dakota Private Investigation and Security Board, and will go to trial in October of this year.

The decision was difficult, according to the press release, but her defense team, after conducting surveys in the Fargo area, decided to change Fallis’s plea.

If Fallis is sentenced, she would be the first activist from the resistance against the Dakota Access Pipeline facing a substantial prison term. Fiver others face federal charges, and the state still has more than 300 cases to prosecute.

"I feel strong, and I know my mom is by my side," Fallis said in a recent Facebook post. Her mother, Troylynn YellowWood died four months before her arrest. 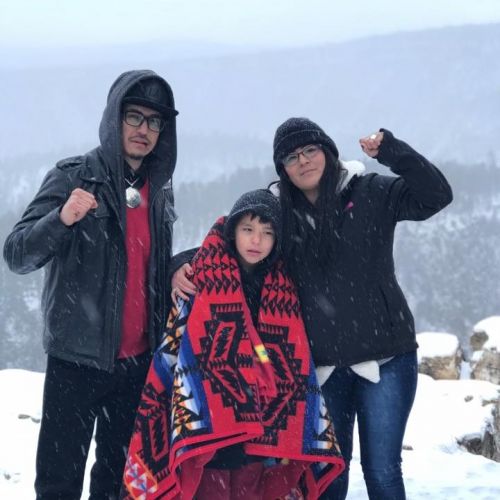