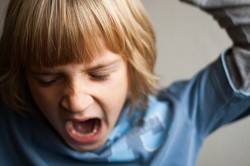 Who hasn’t had a rough morning after a night of poor sleep? Brush it off, have a cup of coffee and make it through the day. However, when it’s a persistent problem things can compound. It’s estimated 50-70 million Americans suffer from a chronic sleep disorder. Issues with sleep can be especially problematic for college students. Staying up late then struggling to make it to that 8 a.m. class day after day is a vicious cycle.

The reasons and mechanisms of sleep are still largely unknown, but we do know one thing. Mammals need sleep. Back in 1989, a group out of University of Chicago conducted a study where 10 rats were subjected to total sleep deprivation. Within 11-32 days, all were dead.

Sleep is governed by a complex interplay of neurotransmitters and several different sites in the brain. Certain circuits are activated when we are asleep and others during wakefulness. We sleep and wake at fairly regular times day-to-day due to a built-in clock. The circadian rhythm is essentially a 24 hour light-dark system. A couple hours before it’s time to sleep, the circadian clock sends the appropriate signals.

Sleep is broken down into several stages, which cycle as we sleep. We go through the first three stages of non-REM sleep in 45-60 minutes, with each successive stage moving into deeper sleep, then dip into REM sleep. Dreams occur during non-REM, but the most vivid are found in REM sleep. Our body physiology changes as we sleep. Things such as hormone levels, heart rate, breathing, body temp and muscle tone are all affected. It gives the body a chance to restore energy, improve immunity, repair and grow.

There are several ways to improve your sleep hygiene. Get into a routine. Don’t just get through the week thinking you can catch up on sleep on the weekend. Work out. If you must nap, limit them to 10-30 minutes. Do the same things before you go to bed each night. For example, reading a book or listening to soothing music. Before bed, avoid things that overstimulate your brain such as using the computer.

If you’re hungry, try eating something light. Avoid caffeine even several hours before bed. While having a nightcap might help you fall asleep, drinking too much alcohol can affect deep sleep. The amount of sleep needed varies, but a general recommendation for adults is seven to eight hours.