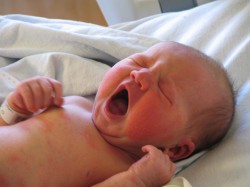 It doesn’t take much to make a difference. Sometimes it’s the one small change we make that impacts the entire health of the environmental world. Earth Day is approaching and if there was one thing you could do to that would undoubtedly make a difference, would you do it?

What is Earth Day anyway?

An annual event celebrated on April 22, it is the day in which the entire world demonstrates support for environmental protection. In 1970, a voice was given to the link between the environment, pollution and public health. 20 million Americans walked the streets and crowded into auditoriums to demonstrate the reality of pollution and its cost to the human race. Worldwide, people became aware of the dangerous consequences of raw sewage, pesticides, freeways, polluting factories and toxic dumps. Today Earth Day is the largest non-spiritual observance in the world and is celebrated by more than a billion people. It is a day set aside to demonstrate the harmful effects of pollution on the earth, and remind us all that we can make a difference.

According to Real Diaper Association, an estimated 27.4 billion disposable diapers are consumed every year in the United States, and 92% of them end up in a landfill. How long does it take for a disposable diaper to decompose? No one really knows the answer to that question. They will be around long after your children, grandchildren, and great-great grandchildren are gone.

Case studies indicate that disposable diapers are the third largest consumer item in our landfills. They contain petroleum, plastics, perfumes, and dioxin, an extremely toxic byproduct of the paper bleaching process. It is a carcinogenic chemical listed by the EPA as the most toxic of all cancer-linked chemicals. It is banned in most countries, but not the U.S. In a home with a child in diapers, disposable diapers make up HALF of the household waste.

Recycling disposable diapers is not an environmentally feasible or cost-efficient task. Using cloth diapers, approximately 6,000 diapers per child can be eliminated from our landfills.

Cloth diapers are no longer laborious to maintain or difficult to use. Modern cloth diapers change just as easily as disposable and are as easy to maintain as tossing them in the washer. Solid waste should be dumped in the toilet first, but this is also true for disposables.

Cloth diapers now come with hook and loop or snap closures, and adjustable sizing. They contain messes better than disposable diapers because they are designed with a stronger, thicker elastic around the legs and back.

Usually, the actions we have to take to save the environment cost us time, energy, and money. However, choosing to use cloth diapers could not only help save the planet. It could also save money.

It is estimated (prices vary by location) that disposable diapers cost about 80 dollars a month, which is about 80 diapers a week. This adds up to about 960.00 dollars a year in waste.

Using a diaper service saves both time and money. Most come with a cloth diaper kit that includes everything you need to diaper your baby. In Fargo, Overloaded Diaper Service offers a full-service diaper package. They start you out with a full system which includes a two-week supply of diapers, 10 diaper covers, a diaper pail, diaper pail liner, cloth wipes, wet and dry diaper bag, and a wet bag for cloth wipes.

Simply toss the dirty diapers into the pail and on your scheduled pickup day set it on your porch. It will be picked up and replaced with a clean set of diapers twice per week. This service costs approximately 80 dollars per month. Samples are sent to a lab monthly to ensure 100% sanitation.

It’s true, we’ve been using disposable diapers for decades and our children appear to be just fine. However, most people don’t know that diapers contain sodium polyacrylate, a super-absorbent polymer that turns into a gel-like substance once it gets wet. A very similar substance was used in super absorbent tampons into the 1980s, at which time it was discovered that the material increases the risk of toxic shock syndrome and promotes the growth of toxin-producing bacteria. Most babies have extremely sensitive skin which can be irritated by the chemicals in disposable diapers.

The choice is yours

When deciding between cloth and disposable diapers for your baby, take into account all the pros and cons of each, but don’t let convenience be the determining factor without giving cloth diapers a good six-month trial.

Cloth diapers have been modernized for ease and convenience. You will never have to leave your house for a diaper run again.