The result of the filmmaker’s labor is as beautiful as it is painful. “Cow” is a stirring, contemplative, and observational examination of the life of Luma, one of the hard-working inhabitants of the Park Farm dairy operation in Arnold’s home county of Kent, England. Luma’s daily routines are captured by Arnold and director of photography Magda Kowalczyk in stark and arresting detail.

“Cow” premiered out of competition at Cannes last July. Prior to that date, director Viktor Kossakovsky’s “Gunda” made its debut at the 2020 Berlin International Film Festival. Comparisons between the two movies, which forego dialogue and narration in favor of intimate encounters with barn-based life cycles and unrewarded motherhood, have been frequent. While the films make a sorrowful double-feature, I prefer the clarity, focus, and personality of Arnold’s story. For my money, “Cow” strikes just the right balance between the filmmaker’s self-awareness, which punctuates the movie’s soundtrack selections, and Arnold’s long-game feminist commentary.

Arnold’s assembly stops short of making any condemnation of the human masters who guide Luma through her paces, but “Cow” surely raises age-old questions about the relationship between people and “their” animals. Arnold relentlessly reminds those of us who have little or no contact with commercial livestock that the pasteurized milk we purchase from neighborhood supermarkets starts out a long distance from the aesthetically pleasing cartons and jugs that neatly line refrigerated shelves. The sights and sounds of farmyard reality – lots of mud, excrement, amniotic fluid, swollen udders, wet noses and tongues – are rendered with a visceral punch. The handheld camera is often so close, Luma bumps into the lens.

The offbeat rhythm of the editing is another of Arnold’s masterstrokes, aligning the viewer with Luma’s experiences. The labyrinth of Park Farm’s gates, chutes, and pens, in which all sorts of modern machinery assists the farmers with the smooth and steady scheduling of every aspect of Luma’s existence, reinforces the recognition of helplessness and inevitability. One requires no special expertise to fathom the film’s central reality: to keep cows lactating, calves must be produced. In one of the movie’s moments of lighthearted relief, Arnold underscores Luma’s pregnancy-producing encounter with a bull to the sounds of Mabel’s 2019 electropop track “Mad Love.”

Anyone who has read “Charlotte’s Web” or “A Day No Pigs Would Die” can make an accurate guess about the conclusion of “Cow,” but the climax arrives with a startling and matter-of-fact thunderbolt. In an interview with Simon Hattenstone, Arnold said of her bovine protagonist, “I wanted to show a non-human consciousness.”

Anthropomorphism in fiction and nonfiction film has been the subject of scores of essays. And Arnold knew that some viewers of “Cow” would find fault with her stylistic choices just as others would praise the movie. I fall squarely in the latter group; “Cow” is a film I will think about for a long time. 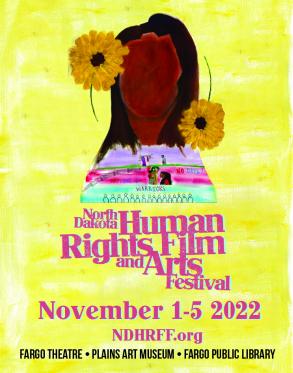