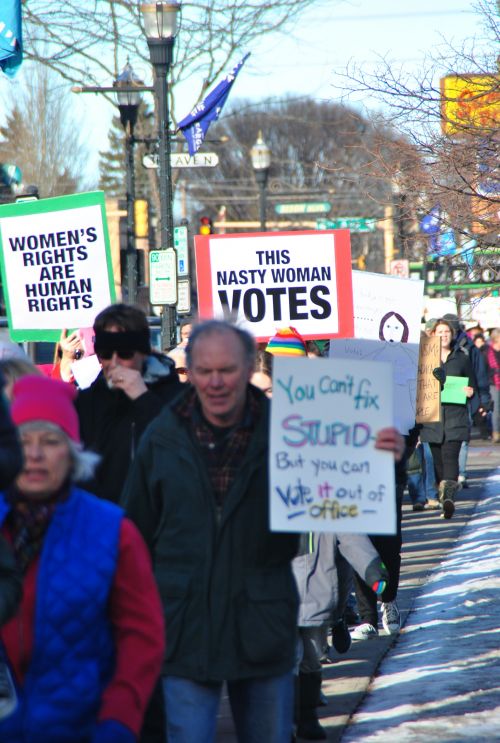 Voting hours
A leaked email from the Cass County Auditor’s office describes why they wanted the voting booths closed at 7 p.m., like all other counties in North Dakota. Cass County voting booths currently close at 8 p.m., as it is the most populous county in the state.

“We are looking at changing our polls to close at 7 p.m. instead of the previous 8 p.m.,” the email stated. “While I don’t have exact statistics, we do know that voter turnout drastically drops off after 7 p.m. One of the other things we took into consideration is that we are the only county in North Dakota that does not close polls at 7 p.m. This creates issues with the surrounding counties, when the media reports that polls close at 8pm., not realizing that this only applies in Cass County.”

The suggestion was submitted to the Cass County Commissioners, but Mike Montplaisir, County Auditor, said voting hours would not be affected this election cycle even if the suggestion was approved.

Montplaisir further confirmed the auditor’s office’s reasons in the email, adding that many volunteers are elderly, and that they work 15 hour day on November 6.

“We’re always concerned about costs,” Montplaisir said, “but our biggest concern is that much of our election workers are older, older than me, and I am past retiring age.

“On the other hand we want to make sure everyone has the opportunity to vote and that is why we have early voting for a week before voting.”

Every day for a week before Election Day the voting booths are open from 10 a.m. until 7 p.m.

The trend showing voting booths slow after 7 p.m came from new computer programs the county has been using for two years.

“We got the software two years ago and have one year of record, and we’ll look at the next election,” Montplaisir said.

“While I appreciate Cass County election official’s desire to be congruent with neighboring county’s polling hours, I have to oppose the idea that reducing voting hours is in the best interest of Cass County voters. As the most populous county in the state with a strong track record of increasing access to the ballot, I know this proposal will do more harm than good.“

In a press release, Boschee said he has visited with several county auditors during the past two months, and has seen a growing concern pertaining to the lack of election workers, an issue he plans to become involved with if he is elected North Dakota Secretary of State.

“There’s a variety of reasons why voters have voted in previous elections up to 8 p.m.,” Boschee said. “Voters who choose to vote on Election Day should not be penalized based on their work schedule, inclement weather or family emergencies on one of the most important days of the year. Our Constitutional right to vote is one held sacred in our Democracy and any proposal to limit that right should be strongly opposed.”

Voting legislation
North Dakota has ranked No. 1 in the Pew Charitable Trusts Election Performance Index since 2008, but received a grade of “D-” in an independent corruption risk assessment conducted by The Center for Public Integrity on corruption issues.

While gerrymandering, election law changes, and closing voting booths down early are all issues raising eyebrows across the state, the state has never had an ethics committee or commission. An ethics group called Represent Fargo will start its chapter kickoff on April 11, and they plan to bring change. Represent Fargo is the local chapter of Represent.US, a bipartisan group dedicated to fighting corruption by getting amendments and laws passed that stop political bribery, end secret money, and fix broken elections.

The new law angered Native people in North Dakota, many of whom only have P.O. box addresses for mail.

Following the passage of the new voting laws, the Turtle Mountain Band of Chippewa were the first to begin to challenge the law’s validity, and with Bismarck attorney Tom Dickson of Dickson Law Office, they found some amount of success.

“The right to vote is the bedrock of our democracy, and every effort must be made to ensure fair access to the ballot box for everyone,” Boschee said. “Native American and homeless voters face significant barriers in obtaining identification cards that meet the requirements of the most recent voter ID legislation. Judge Hovland’s ruling recognizes that state government needs to do a better job of accommodating for these barriers so every qualified voter can vote without prejudice.”

Boschee blamed current Secretary of State Al Jaeger for what he called the country’s most restrictive ID law during the 2017 legislative session.

“It is unfortunate that Al Jaeger, who helped craft the country’s most restrictive voter ID law during the 2017 legislative session, has not upheld the duties of his office to ensure voters are appropriately prepared for the upcoming election,” Boschee said. “Judge Hovland’s ruling made clear that Al Jaeger continues to lack in leadership when it comes to educating North Dakota voters and county election officials on voter ID requirements. In several instances, Judge Hovland notes that the Secretary of State and his deputy claim they intended to be flexible in ID requirements for Native American voters, but showed no evidence of educating county auditors as such or attempting to update voting education materials with that information.”

Jaeger was attending the Republican State Convention and could not be reached for comment.

Gerrymandering
Redrawing political lines occurs every ten years, after the national census is finished. Until now, a mixture of predominantly politicians, a few representatives from the private sector, and a hired vendor, have been the ones to redraw voting district lines.

Although the ‘bloodiest’ battles are fought over congressional districts – fights North Dakota does not see as the state has only one U.S. Congressperson position – attempts have been made to solidify partisan strongholds.

Such redistricting is not intrinsic to any one party – both Republicans and Democrats are guilty of gerrymandering across the nation. North Dakota doesn’t have any gerrymandering cases currently in the court system, but that doesn’t mean attempts haven’t been made, Senator Joan Heckaman of District 23, said.

During the last legislative session Heckaman introduced SCR 4009, a bill that proposed only to research the issue of nonpartisan redistricting. In February 2017, the bill was squashed by the Senate, even though no representatives from either side of the aisle spoke in opposition.

“Gerrymandering, there has been in the past, we have evidence of carving out positions and properties so that certain legislative leaders don’t have to run against other,” Heckaman said.

She recalled instances in 2000 and 2010 where districts were made so that legislators were eliminated or politicians from the same party were forced to run against each other.

“You can call it nonpartisan, or you can call it unbiased, but the legislators have a big part in drawing up these districts, and when the minority party does not have the same rights, it’s wrong,” Heckaman said.

North Dakota currently has 47 voting districts, and because of recent growth in cities like Fargo, Bismarck, Mandan, Williston, and Minot, more districts may soon be on the menu.

Her district has changed three times since she can remember, and redistricting hinders cohesiveness, she said.

“We need to try and stop that,” Heckaman said. “The biggest thing we have to look at is population distribution, and take the legislators’ names out of it.”

Before computers, politicians and cartographers were used to draw political maps. Today, computer algorithms can slice an area into any category a person wants.

“It happens, it’s not as blatant as maps of Pennsylvania or Ohio,” Boschee said. “They are a little more geometrical [in North Dakota], but there have certainly been times when Republicans and Democratic legislators have been boxed out because of how those lines are drawn.”

Gerrymandering may be a boring topic to constituents, but such underhanded tactics create results for whatever party is responsible.

Russian trolls, Cambridge Analytica, and FacebookThere is little denial that Russia created chaos to influence the outcomes of the 2016 elections, a U.S. House Committee on Science, Space and Technology reported. North Dakota was one of the states targeted.

Since the issuance of the report on March 1, 2018, two new players have stepped onto the political stage: Cambridge Analytica and Facebook.

The allegations have spurred the Federal Trade Commission into investigating Facebook, and Zuckerberg is schedule to go before a Congressional hearing next week to answer questions.

Data mining may have affected user opinions on political issues by isolating groups according to political beliefs, severing online conversations, which further polarized ideologies, according to analysts. Tack on Russian troll factories with an anarchist mandate, exacerbating issues with fake news, lies, rumor mongering, and the lack of effort by President Trump’s Administration to protect the 2018 elections, and the issue may not be whether or not North Dakota’s electoral doors were locked, or not, as Jaeger stated on March 2.